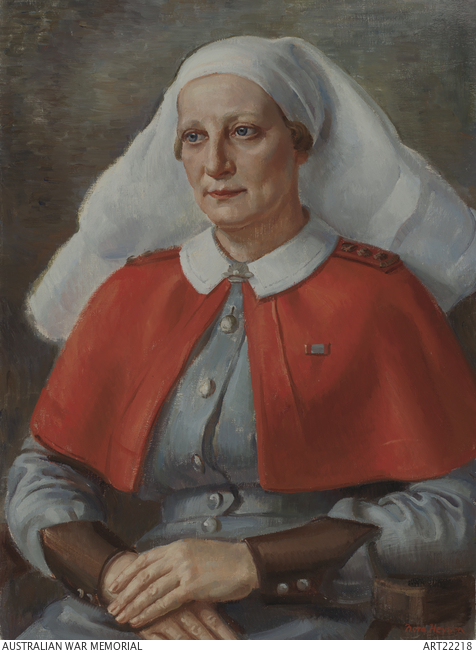 Depicts a portrait of VFX361 Colonel Annie Moriah Sage, Matron in Chief AANS. During the war Colonel Sage saw services in the Middle East, Pacific Area, New Guinea and Singapore. When the Japanese surrendered Colonel Sage flew to Singapore to see personally to the welfare and comfort of the sisters released from POW Camps and arranged their repatriation to Australia. She met the sisters at Sumatra, 1945.