The other virgin of Albert 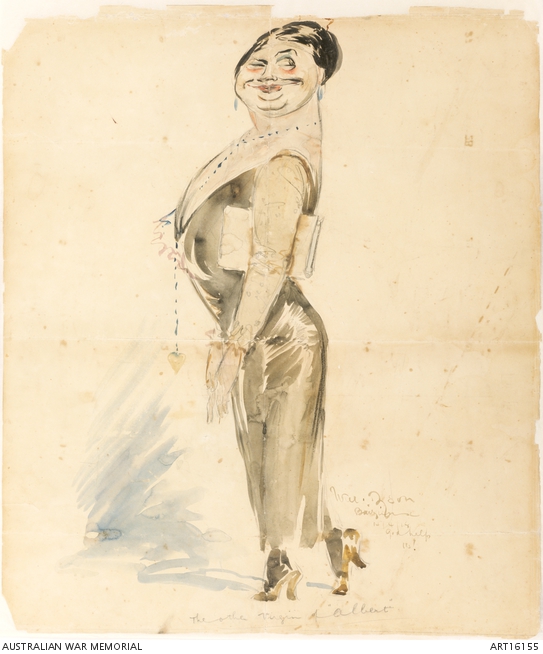 Depicts a figure of a buxom middle aged woman, wearing high heels and carrying a book under her arm. She winks provocatively to someone behind her. This was one of three sketches Dyson gave to machine-gun officer J. C. Dunningham as a thank you for collecting one of Dyson's works from the officers' mess at Henencourt. Dyson had created a caricature of a German on the wall of the mess and Charles Bean requested it for the Memorial's collection. Dunningham arranged for part of the wall to be removed so that the caricature could be preserved. Dyson gave Dunningham this drawing along with ART16156 and ART16157 and Duningham donated all three to the Memorial in 1962. The cartoon from Henencourt is ART00766.