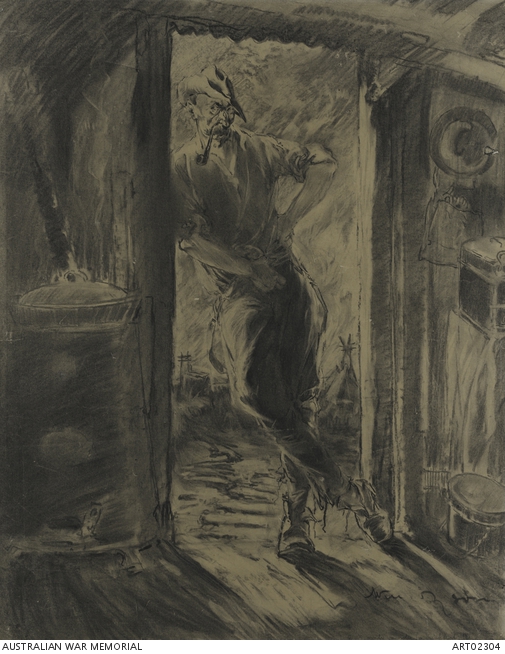 Depicts the figure of a battalion cook, his pipe in his mouth, leaning in the doorway of a kitchen. Dyson had a "fascination with eccentric A.I.F. cooks" and greatly admired the AIF support units who strove to provide the infantry with basic comforts, such as food. Of AIF cooks, Dyson noted that he suspected that "Australian units select their cooks not on their ability as chefs but for the stories that can be told about them to other units". He also described the cooks as: "He often has, or had, a son or two in the line who probably left Australia criminally young to prove themselves men as the old man left to prove himself one of the boys". This portrait of the cook was also popular with General Blamey, who believed it to be the "nearest example to the perfect picture of the Australian digger".