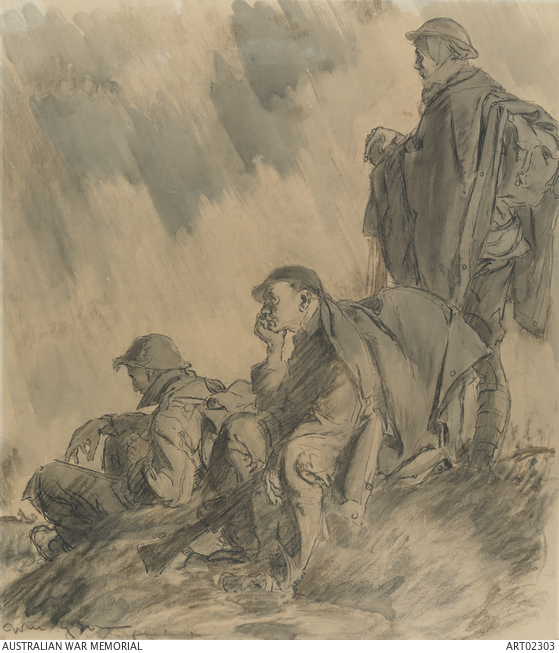 Depicts three soldiers, two sitting on ground, all wearing great coats and waterproof capes and carrying full kit. This drawing was originally intended by Dyson as a battalion Christmas card, and he wrote that it was 'representing some of the boys thinking of Australian summer, in the mud of this Flanders winter, but the thing was a little too funereal to force on fighting men. I did them one dwelling more on the light and gamesome aspects of a life of slush, sandbags, shells and sacrifice'. Will Dyson was the first Australian official war artist to visit the front during the First World War, travelling to France in December 1916, remaining there until May 1917, making records of the Australian involvement in the war. He was formally appointed as an official war artist, attached to the AIF, in May 1917, working in France and London throughout the war. His commission was terminated in March 1920.