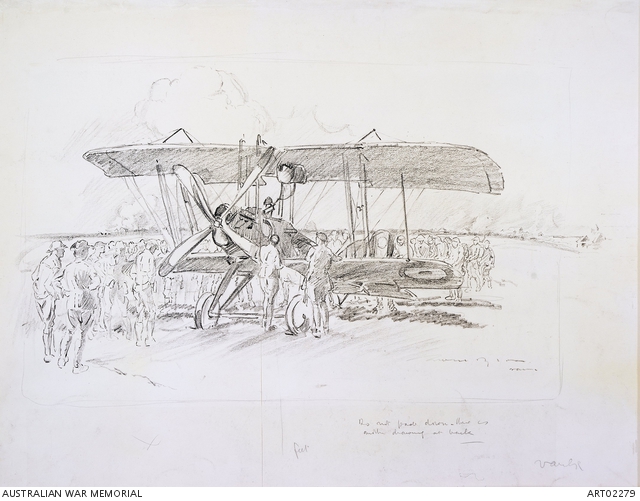 In 1916 artist Will Dyson travelled to the Western Front to capture the experience of Australian soldiers first hand. Here he records a damaged BE2e aircraft which has landed at a casualty clearing station (CCS) at Vaux-Vraucourt in France. These aircraft were used until mid 1917 in reconnaissance and artillery spotting roles.