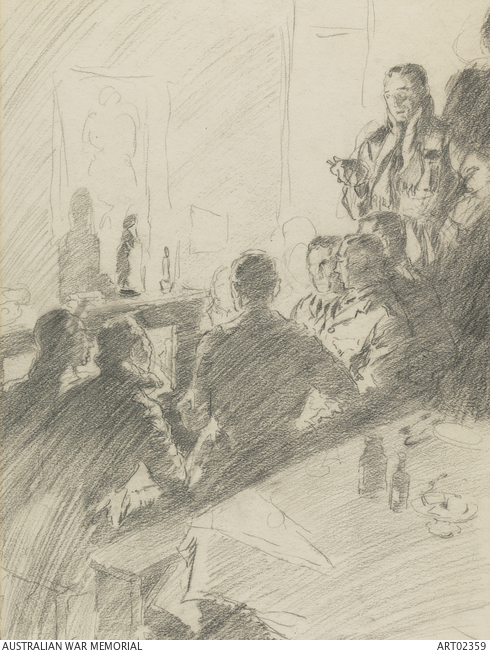 Depicts a number of Australian officers seated at the 1st Anzac Corps Headquarters planning and discussing the 2nd Battle of Bullecourt. During this battle, the 1st Anzac Corps would assault their old objectives in the Hindenburg Line near Bullecourt. The staff were always situated a bit behind the Front Line, at Henencourt. Staff officers were administrators and senior officers who planned and controlled the actions. They had signals units, dispatch riders and runners to take new orders to commanders nearer the front line and bring back progress reports. Will Dyson was the first Australian official war artist to visit the front during the First World War, travelling to France in December 1916, remaining there until May 1917, making records of the Australian involvement in the war. He was formally appointed as an official war artist, attached to the AIF, in May 1917, working in France and London throughout the war. His commission was terminated in March 1920.