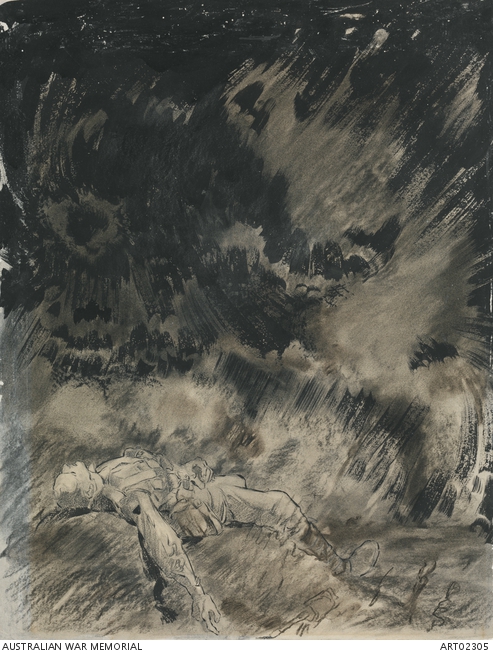 Depicts the body of an unidentified soldier, lying supine on the ground in a war damaged landscape, while shell bursts can be seen in the background. In Dyson's large collection of war works, this is the only one to feature an image of a dead Australian soldier. He captioned this work with a longer title than usual; 'The Wild Colonial Boy: Sooner than dwell in slavery bowed down by iron chains', words taken from the ballad commemorating the legendary bush rangers of Australia's past.