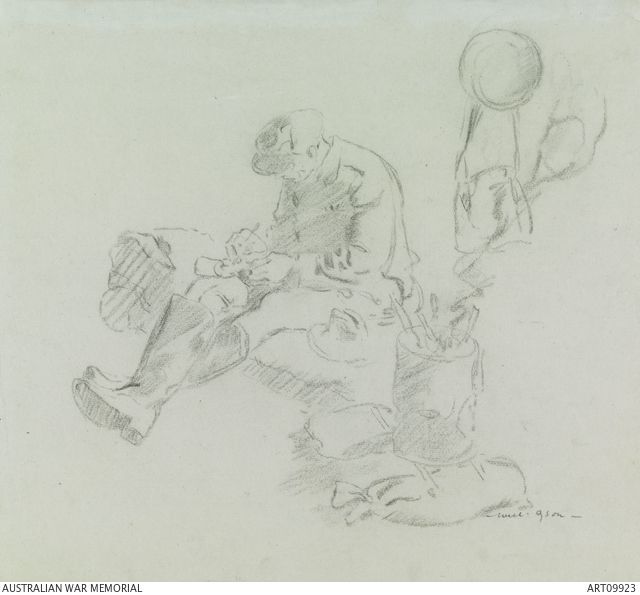 Depicts a portrait of Dr. Doyle, seated on a duffle bag or pack, writing names down on a note pad. Dyson noted that this work was of 'Doctor Doyle of the 8th Battalion making out recommendations for honours in the Swan area near Ypres, after a show at Passchendaele'. Will Dyson was the first Australian official war artist to visit the front during the First World War, travelling to France in December 1916, remaining there until May 1917, making records of the Australian involvement in the war. He was formally appointed as an official war artist, attached to the AIF, in May 1917, working in France and London throughout the war. His commission was terminated in March 1920.