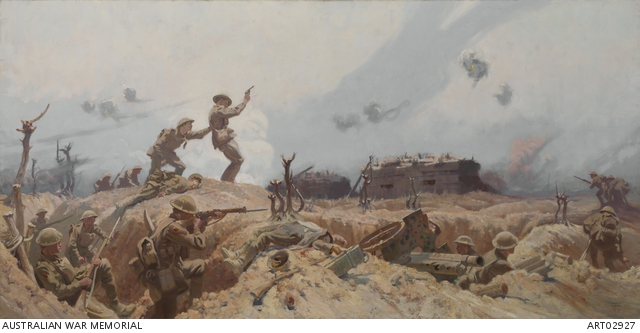 In the third battle of Ypres the Australians encountered reinforced concrete blockhouses, known as 'pillboxes', that were largely resistant to shell-fire; some had machine-guns firing from loopholes. Leist depicts one under attack at the fateful moment when Lieutenant John Turnour, of the 59th Battalion, drew fatal enemy fire while his men attacked from the flanks, on 26 September 1917.