Hamel, bombardment near Albert in distance 9/8/18 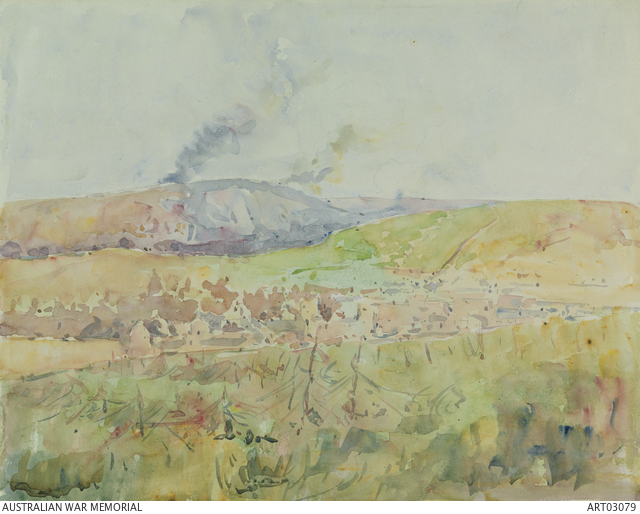 Watercolour sketch depicting the landscape around Hamel, Western Front with a bombardment in the distance. Hamel is situated near the Somme battlefield and was the scene of significant and strategic Allied victory on July 4 1918. Louis McCubbin enlisted with the 14th Battalion AIF in 1916, serving in France from November 1917 with the 10th Field Ambulance. He undertook a camouflage course and was appointed as an Official War Artist working as Officer in Charge of Camouflage for 3rd Division AIF in 1918. His appointment was terminated in 1920, in which year he returned to Australia and joined the staff of the Australian War Memorial to paint backgrounds for dioramas and to perform a variety of other duties. McCubbin remained in the position until 1930.