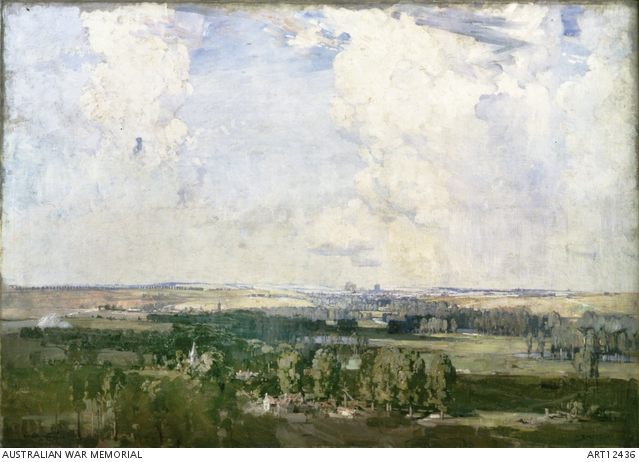 Streeton believed that Amiens, the key of the west, which refers to the events of 8 August 1918 and the fighting in the Somme area that led up to this day, was one of his most important works. Amiens is a large, very old and important French city. During the First World War it was significant as an administration and communication centre since all railways and roads crossed through it. Capturing Amiens became a principal objective for the Germans. From March to April 1918 the Germans were driving towards the city; however the Australians' defence of Villers-Bretonneux prevented any further advance and thereafter Amiens became a safe base area for the allied forces. Streeton shows Amiens lying peacefully amongst its green trees, with the great Cathedral in the distance. The gunfire at the horizon suggests the city's vulnerability and strategic importance as 'the key of the west'.