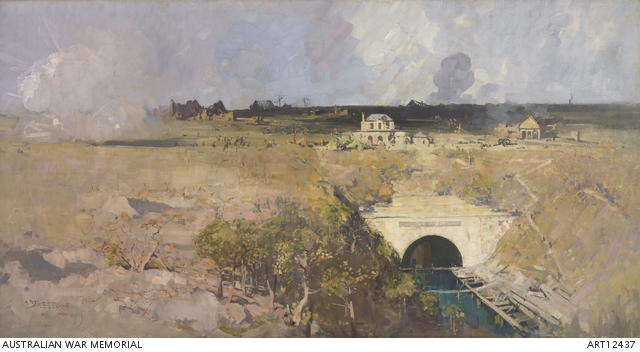 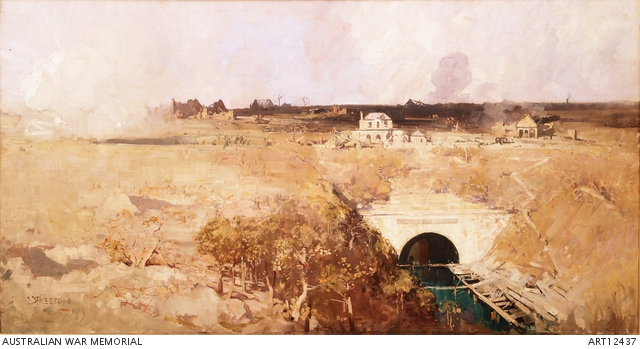 By September 1918, allied forces had pushed the Germans back to the Hindenburg Line. In part, this defensive line followed the route of the St Quentin Canal. Near Bellicourt, the canal ran underground for five and a half kilometers. On 29 September, after two days of heavy bombardment to destroy the German defences, Australian and American troops captured the tunnel. The discovery of an improvised German kitchen at the tunnel's southern end encouraged rumours of a secret "corpse-boiling-down" factory located within. Streeton paints the Australian troops advancing through a broken landscape of ruined buildings. His familiarity with capturing the harsh light of the Australian sun is evident in his depiction of the countryside, which uses bold, at times almost abstract, brush strokes. Contrasted with this is the gloomy blackness of the tunnel entrance.