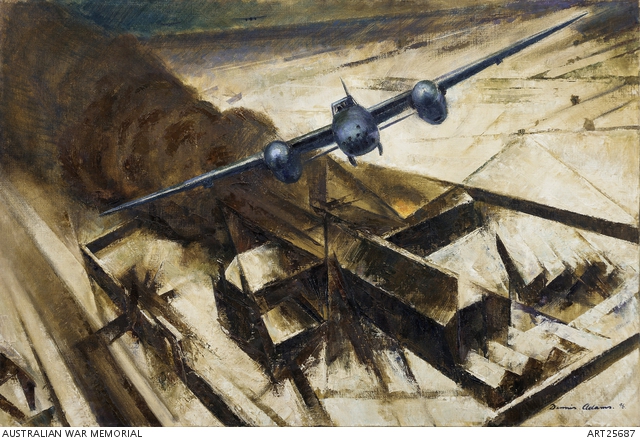 Inside the grim walls of Amiens Prison, several hundred prisoners - many of them members of the French Resistance Movement - were known to be awaiting trial or execution by the Germans for their Resistance activities. In this operation, six De Havilliand Mosquitoes each from No. 487 Squadron, RNZAF, No. 464 Squadron, RAAF, and No. 21 Squadron, RAF, with fighter escort, attacked the goal from very low altitude and enabled the escape of 258 prisoners. Unfortunately, although the bombing was carried out with exceptional accuracy, casualties were caused among non-political inmates; the leader of the mission and his navigator were shot down and killed; and many of the escapees were subsequently recaptured.