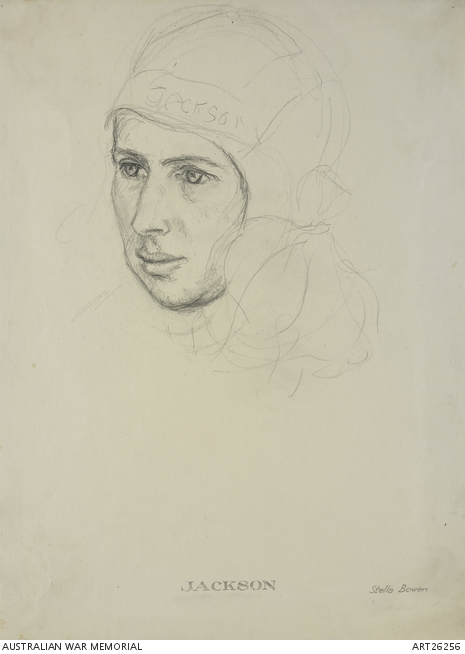 Portrait of Flying Officer Francis Jackson DFC wears a C-type flying helmet and oxygen mask. The drawing is a study for the painting 'Bomber crew'. Born in Tamworth, New South Wales, Francis Gordon Jackson enlisted in 1940, aged 23. In 1943 he was awarded the Distinguished Flying Cross for his skill as a bomb aimer. On 28 April 1944, he was one of seven crew members from No. 460 Squadron to be reported missing, believed dead, after a raid on Germany.