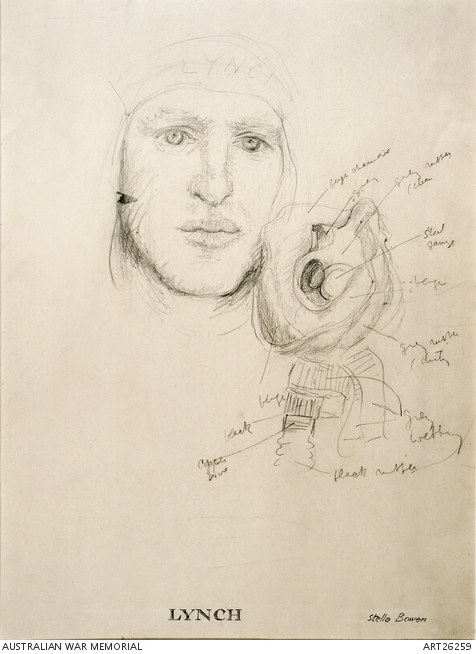 Portrait of Pilot Officer Thomas Joseph Lynch, rear gunner, 460 Squadron RAAF, wearing C-type flying helmet and oxygen mask. The drawing is a study for the painting 'Bomber crew'. Pilot Officer Lynch, who was presumed to have perished with the rest of the crew, was eventually discovered in a German prisoner-of-war camp. He reported that the bomber was shot down in the vicinity of Lahr, near the Swiss border. The crash saw him unconscious until 4 May, when he awoke as a patient in a German air force hospital in Baden-Baden. A German doctor told him the remaining crew had been killed. Lynch himself was badly injured and spent many weeks in various hospitals. Following amputation of his right leg and more time in hospital, he was posted to Stalag IXC to await repatriation.