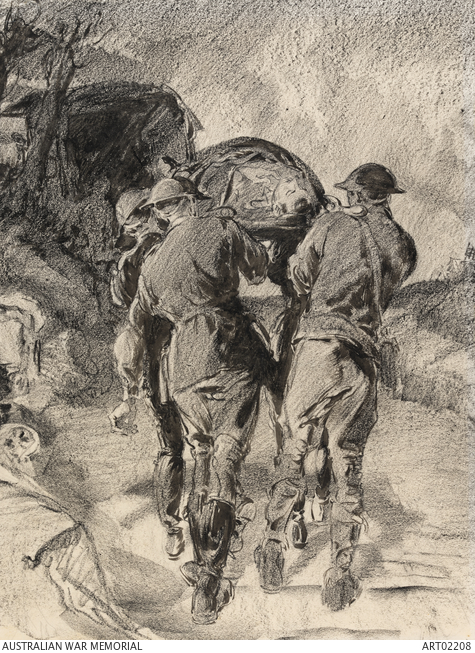 Depicts four stretcher bearers carrying wounded soldier towards an ambulance, near a wood in north western France. The stretcher bearers on the left are wearing leather leggings, so are probably the drivers from the vehicle. The soldiers are likely to have been involved in fighting the German offensive, on the Western Front. It is likely that Dyson drew this image on the Somme between March and April 1917.