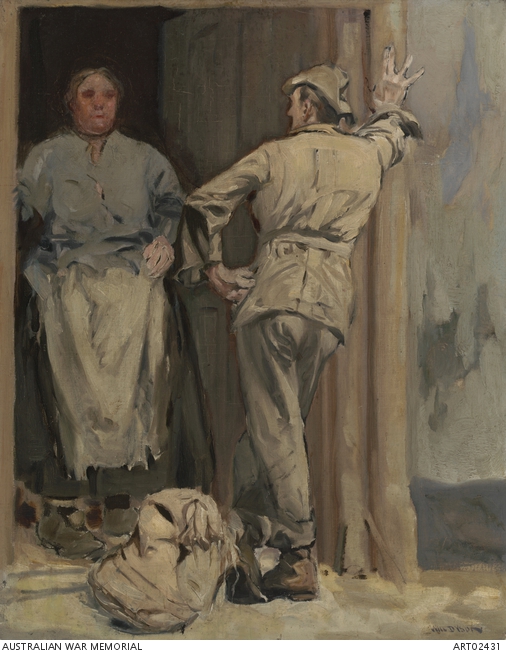 Depicts an Australian soldier leaning against a doorway with a bundle of dirty laundry at his feet, talking to a civilian French woman and asking her if she will do his washing for him. Will Dyson was the first Australian official war artist to visit the front during the First World War, travelling to France in December 1916, remaining there until May 1917, making records of the Australian involvement in the war. He was formally appointed as an official war artist, attached to the AIF, in May 1917, working in France and London throughout the war. His commission was terminated in March 1920.