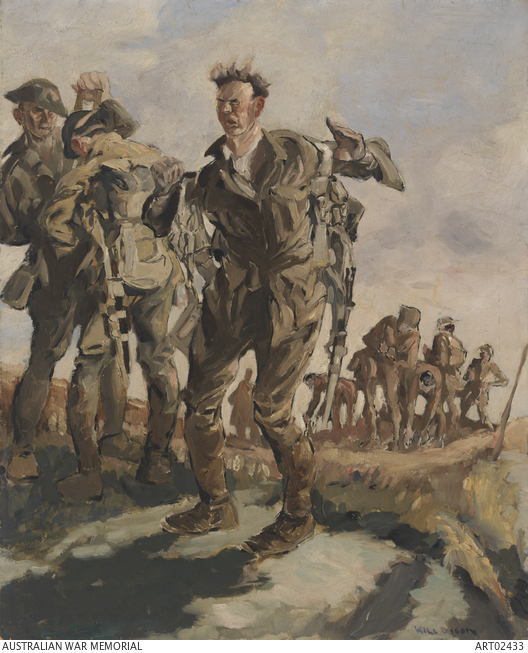 Depicts a group of weary soldiers standing in a war damaged landscape, re-equipping themselves after a rest period, with the intention of heading again to the Front Line. Dyson's full title for this work is 'Going up again. Show me the blighter that says he's hopped the bags more times than the old twenty second'. Will Dyson was the first Australian official war artist to visit the front during the First World War, travelling to France in December 1916, remaining there until May 1917, making records of the Australian involvement in the war. He was formally appointed as an official war artist, attached to the AIF, in May 1917, working in France and London throughout the war. His commission was terminated in March 1920.