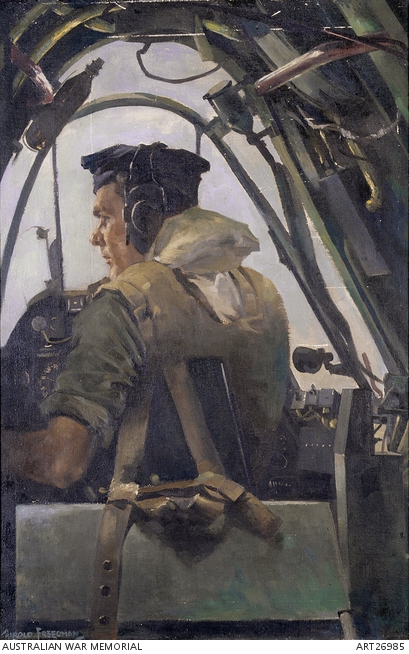 Depicts Captain Robert McIntosh Wemyss (MID), No. 30 Squadron, flying a Beaufighter. During the Second World War Freedman enlisted in the RAAF and was appointed as a war artist attached to the RAAF Historical War Records Section and he worked there from 1944 to 1945, in Borneo, Noemfoor and around Australia.