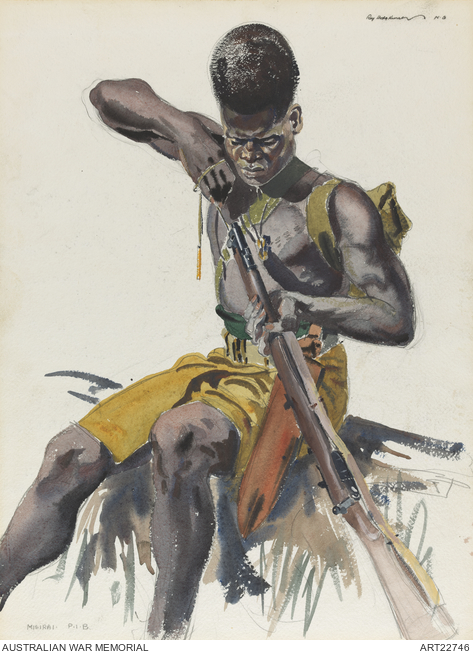 Depicts 'Misirai', Buka boy from the Solomon's. He was working around Rabaul when the Japanese landed. Impressed by them and brought to Buna in a labour line over the Kokoda Trail. He retreated with the Japanese and other natives to Buna where he escaped and joined the Australians. He has seen service in the Markham and Ramu Valley, New Guinea.