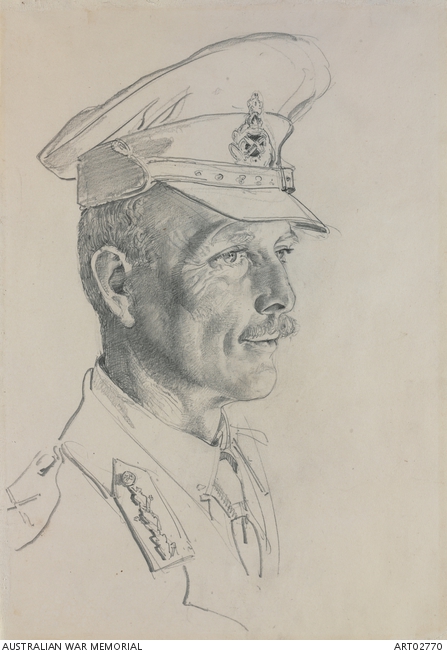 Profile portrait of Brigadier General William Grant, C.M.G., D.S.O. He served at Gallipoli and then in Sinai in command of the 11th Light Horse Regiment. In August 1917 he took command of the 4th Brigade and commanded the famous charge of Beersheba, (see Catalogue No. AWM 2811). In 1918 he was temporarily in command of the entire Anzac Mounted Division. He was known for his fairness, reliability and attention to all aspects of his command. After the war he continued his occupation as a pastoralist on the Darling Downs. In March 1918, Lambert was received by Brigadier-General William Grant at Belah. Lambert wrote: 'I proceeded with Major Stoddart by rail to Belah, where I was most cordially received and entertained by General Grant.' (Lambert 1938, p.90)