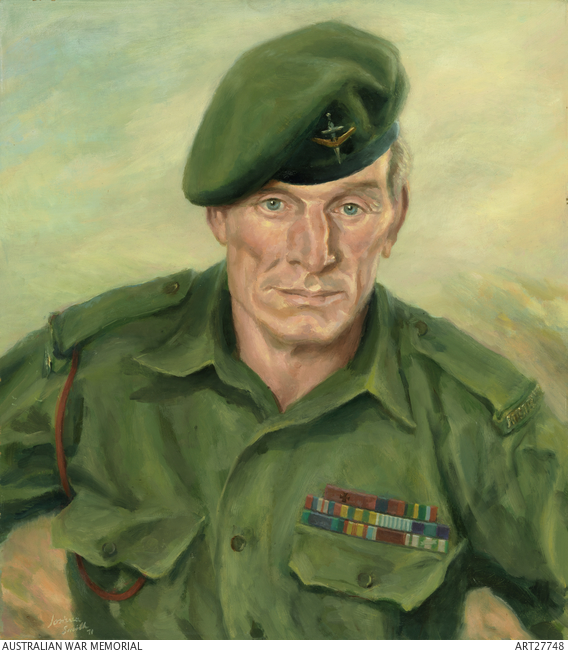 Portrait of Warrant Officer Class II Rayene Stewart Simpson. He was awarded the Victoria Cross during the Vietnam War. Simpson's slightly confrontational stance combined with his straightforward gaze gives the viewer a sense of his unwavering courage under fire. He received two medals: the first was a Distinguished Conduct Medal which he also earned during the Vietnam War. Years later, he was described as 'hard to handle'; this is possibly because he was diffident or embarrassed about the level of ceremony attached to his prestigious awards.

This work was made before Oct 1971 as no Infantry Combat Badge was approved for wear after 28 October 1971.