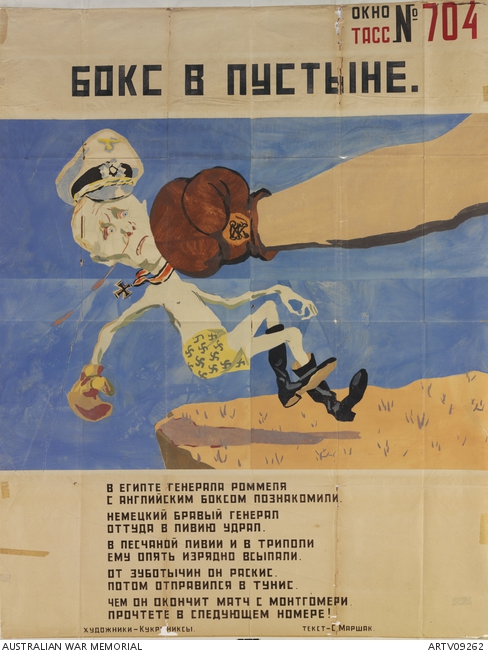 A Russian propaganda poster produced under the TASS news agency, this depicts a caricature of German Field Marshal Erwin Rommel in a boxing match, getting beaten by a much larger and stronger opponent. The poster refers to Rommel's retreat through North Africa after being defeated by the British forces in April 1943. The text underneath the image was written by TASS poet Samuil Marshak, and translates as: 'In Egypt General Rommel / Met an English boxer. / The dashing German general / Fled from there to Libya. / In sandy Libya and in Tripoli / He was again given a fair thrashing. / From that beating he lost his nerve / and set off for Tunisia. / How he fairs against Montgomery / Will be reported tomorrow!'