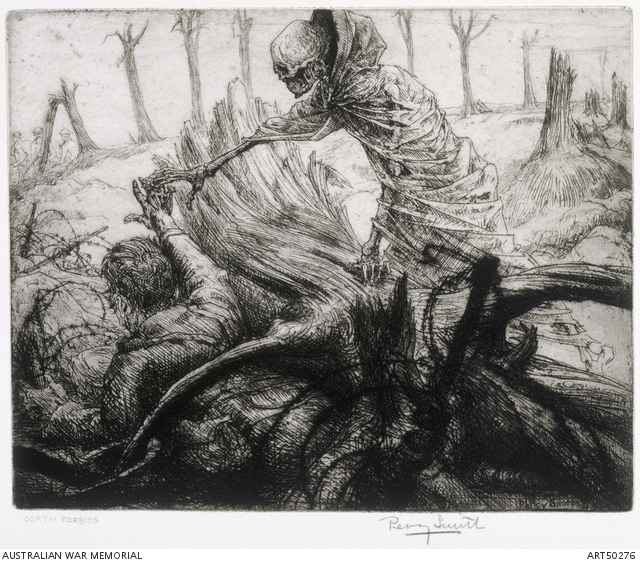 No. 1 from a portfolio of 7 etchings titled 'The dance of Death', features Death as a tangible image hovering ominously over the battlefield. The concept of dance of Death imagery began as a medieval allegory on the universality of death and the all-conquering and equalising power of death.
In this etching, 'Death forbids', a soldier is pinned down by a fallen tree among a tangle of barbed wire. His hand raised is in an attempt to attract the attention of stretcher-bearers, who are disappearing into the far left distance carrying with them a more fortunate comrade. Death, personified as a skeleton wrapped in a cloak, reaches out and stays his hand.
Percy Smith was a painter, calligrapher and book designer. He began to etch in 1913. He served as a gunner in the Royal Marine Artillery on the Somme during the First World War. He surreptitiously made drawings of his war experiences while at the Front and because of this was arrested twice as a spy. Etching plates were smuggled out to him between the pages of magazines.