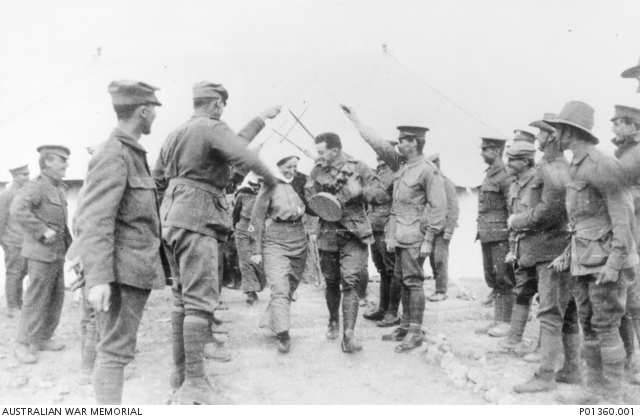 Nurse Clarice Daley and Sergeant Ernest Lawrence married in October 1915 at the Church Camp, West Lemnos. Clarice of No 3 Australian General Hospital and Ernest, of the 1st Light Brigade Headquarters had known each other in Melbourne but their match was not well regarded by Clarice's family. Ernest enlisted in August 1914 and much had been experienced by the time the two met again. In February 1916 Jessie returned to Australia, and was discharged in July, presumably because she was now married. Ernest returned to Australia in November 1918 and the two commenced their life together, going on to have four children. Their marriage certificate is held in the Private Records collection of the Australian War Memorial.