Soldiers of C Company, 13th Battalion, 'Diehards', march past the saluting base at the corner of ... 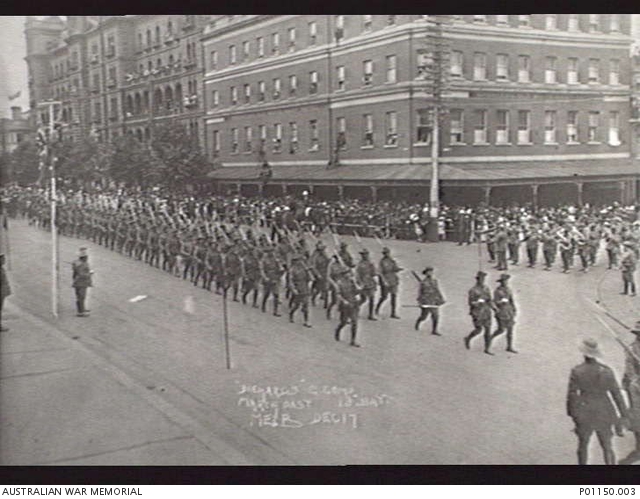 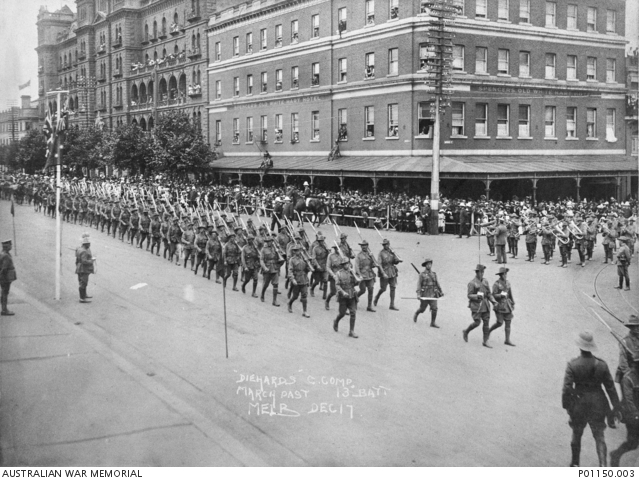