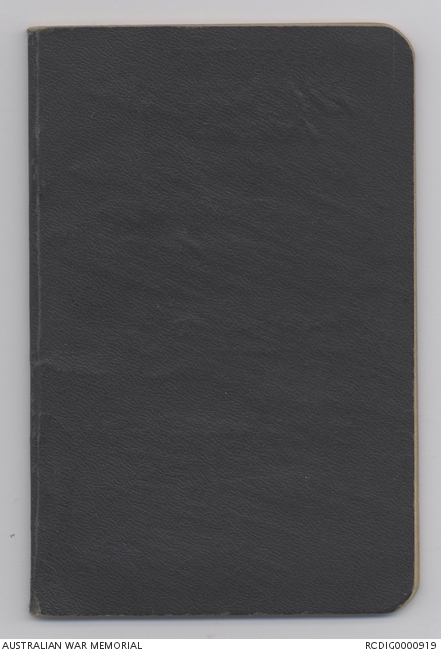 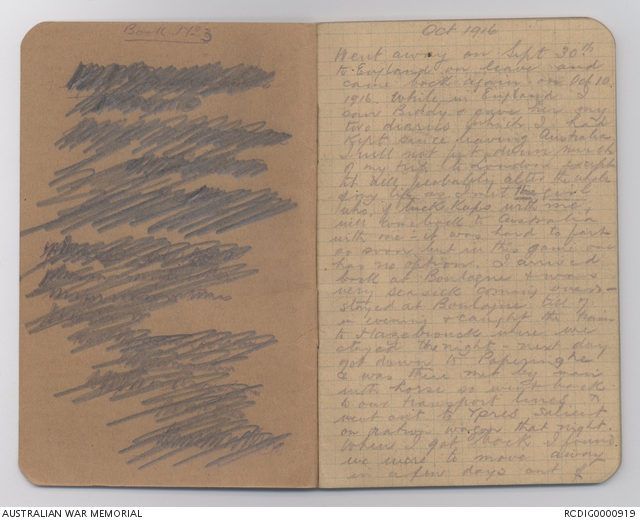 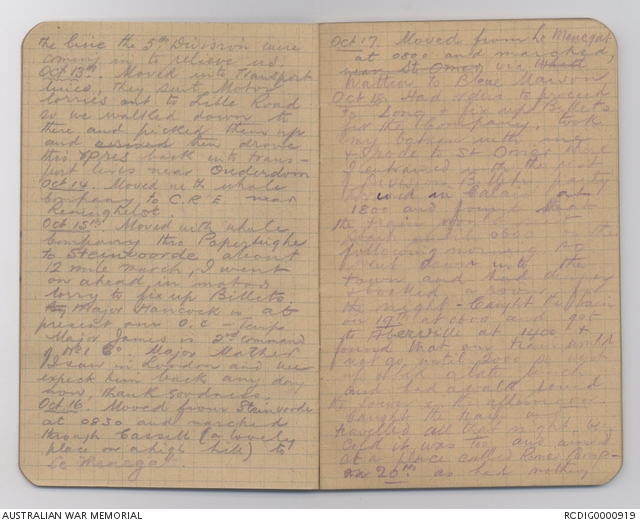 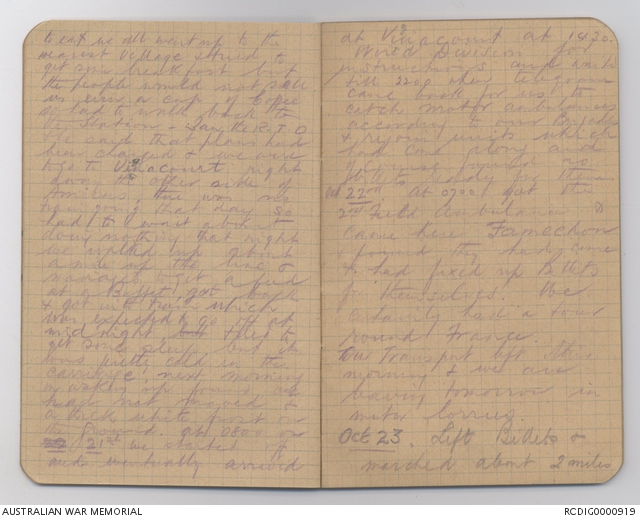 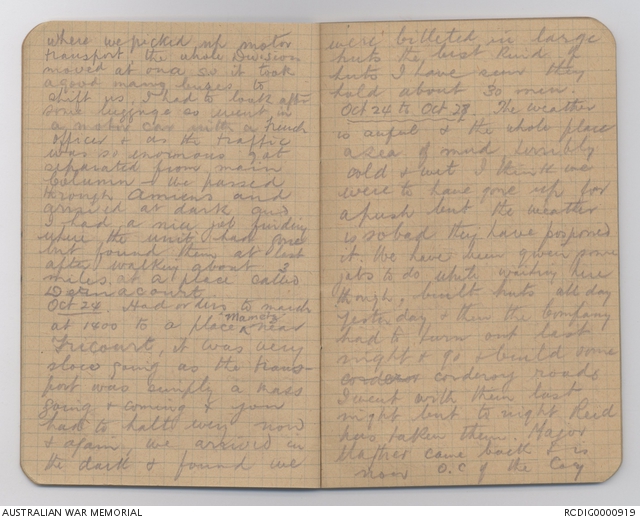 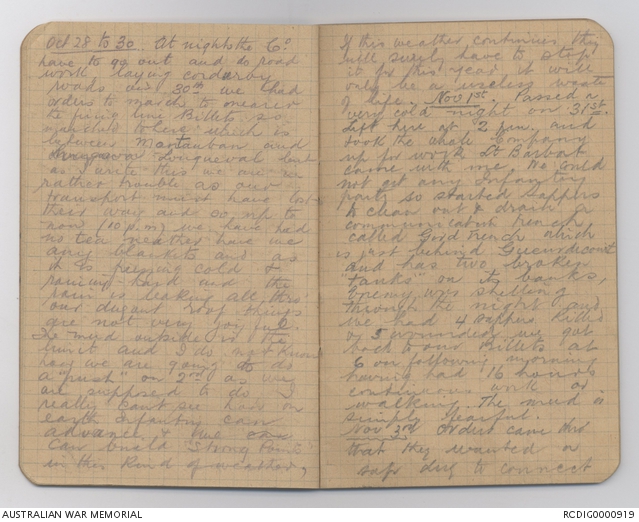 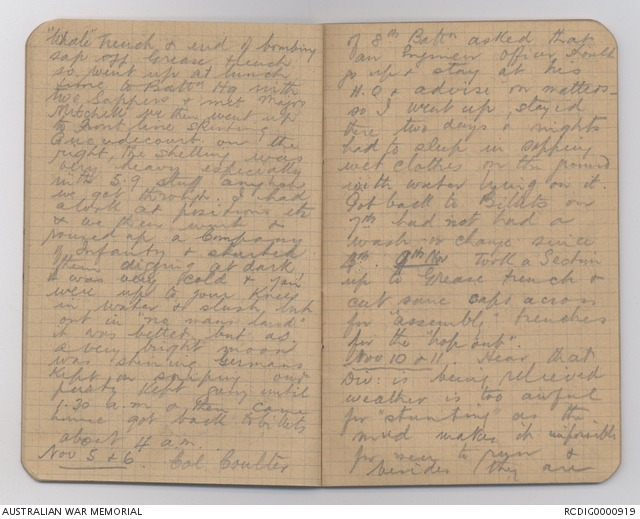 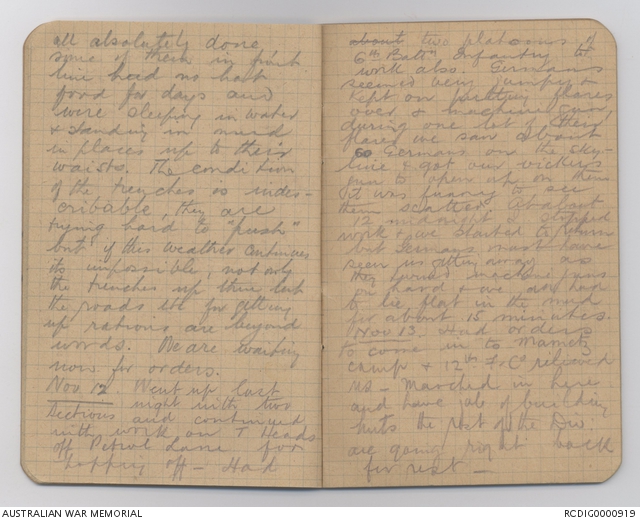 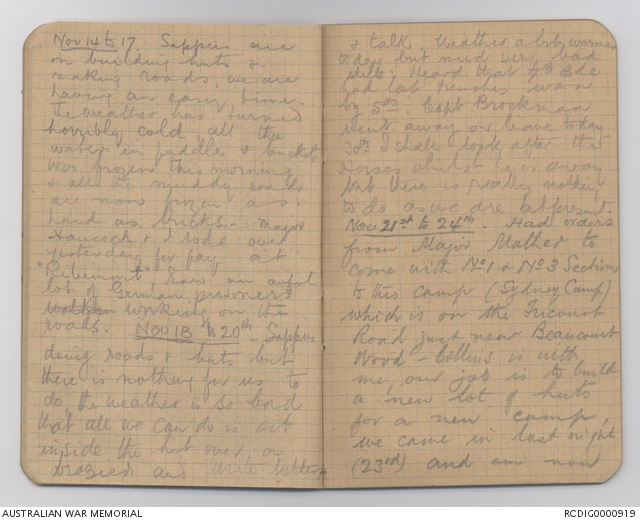 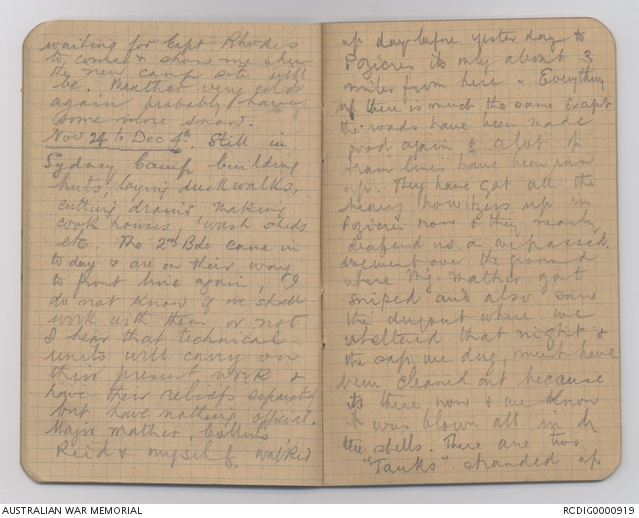 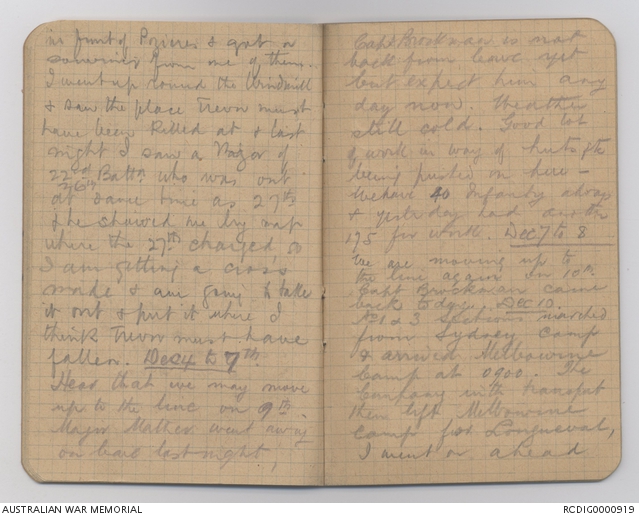 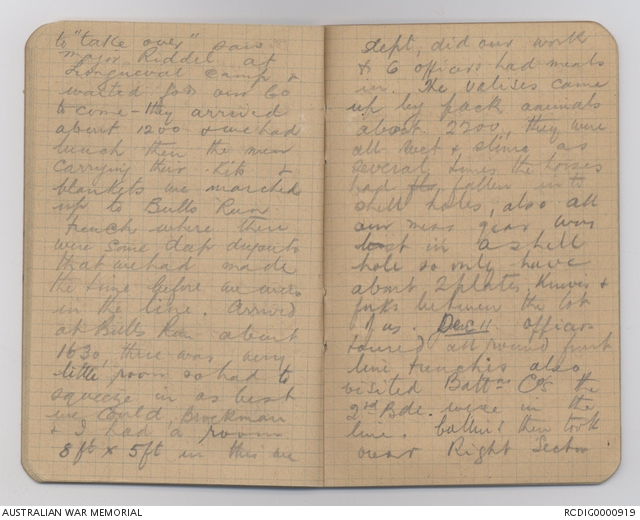 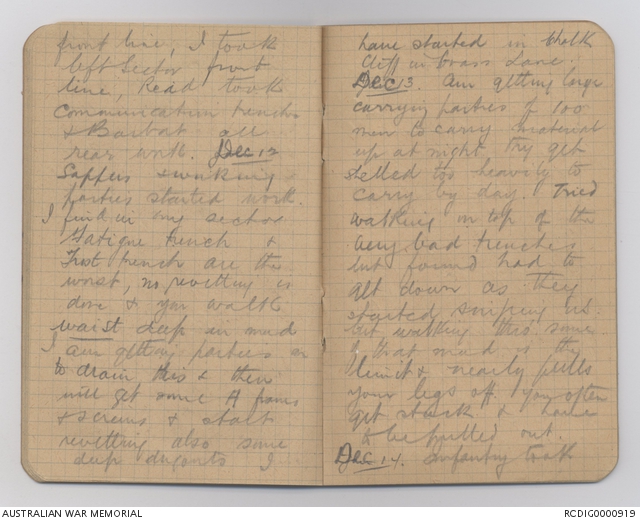 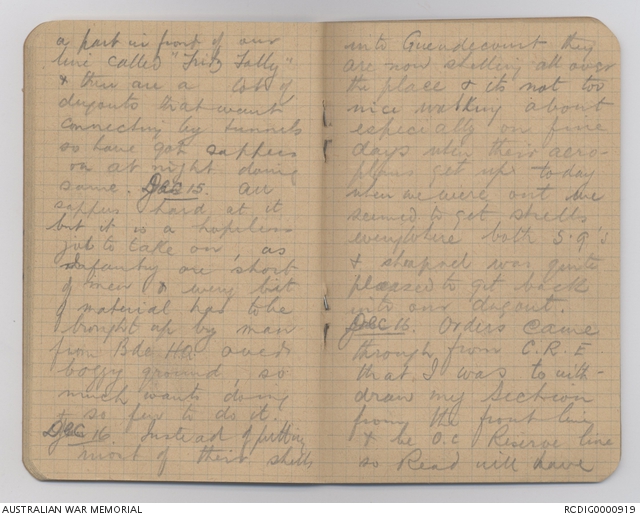 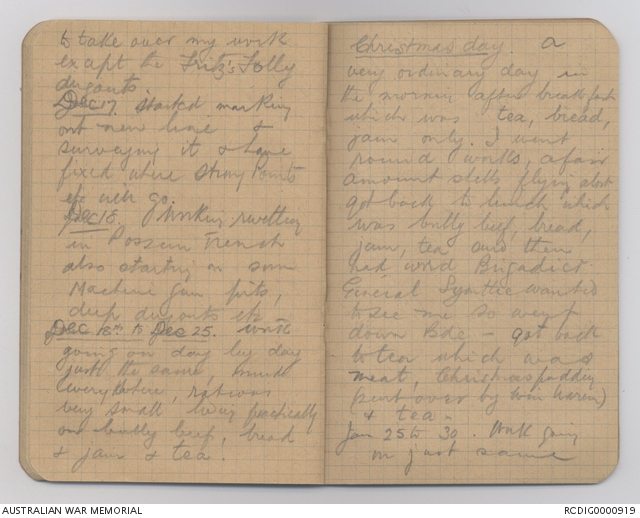 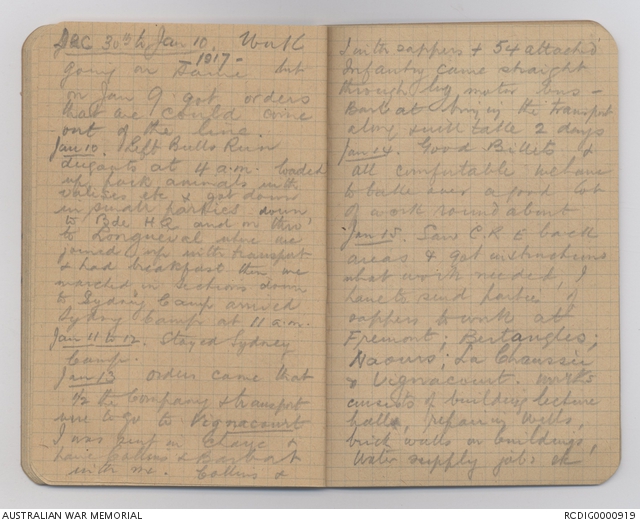 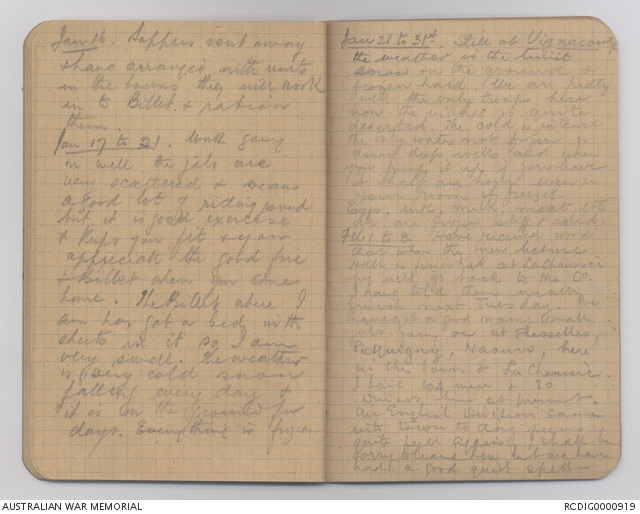 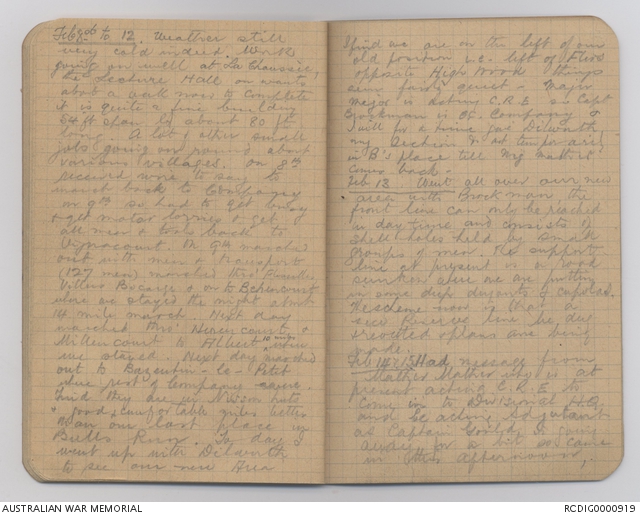 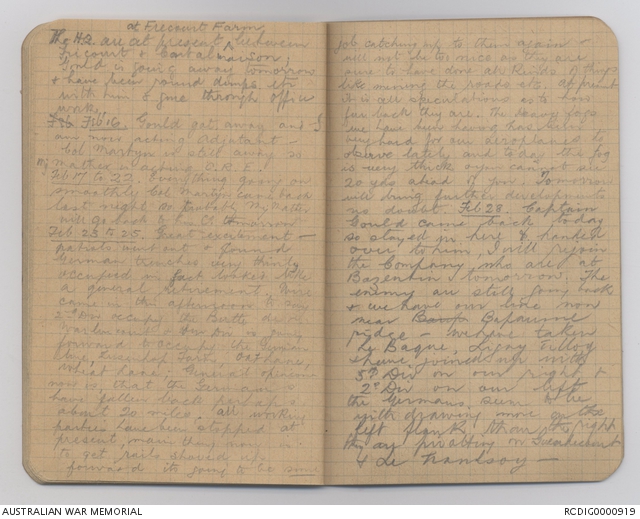 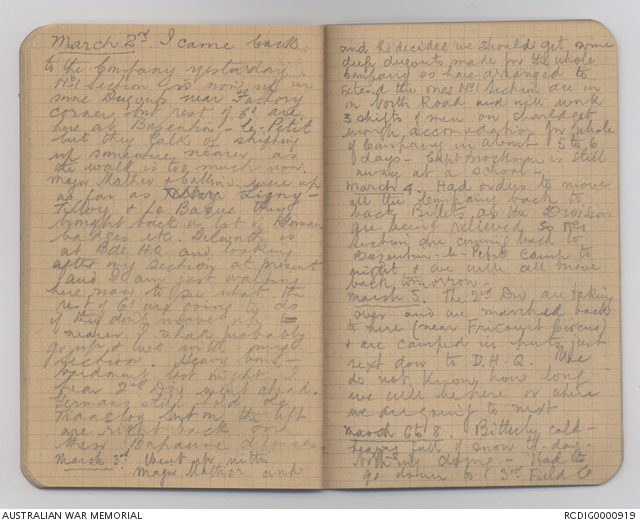 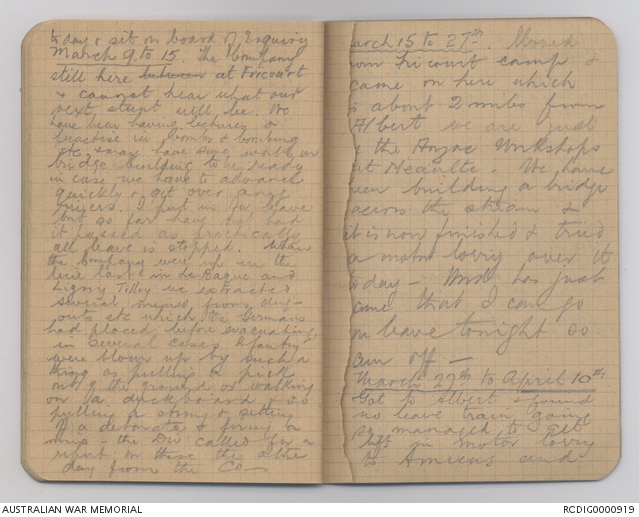 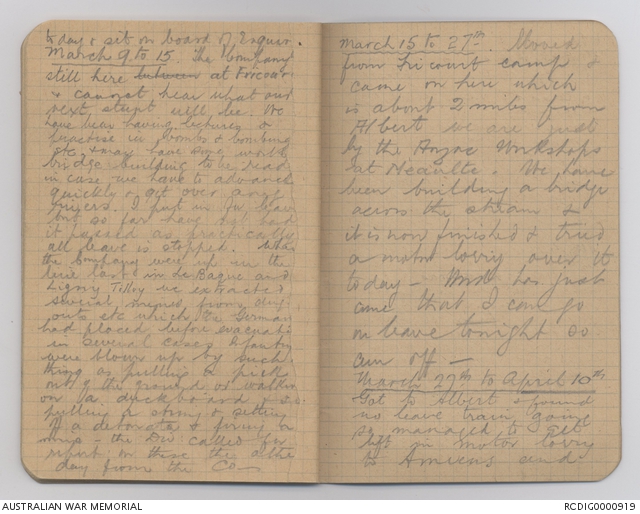 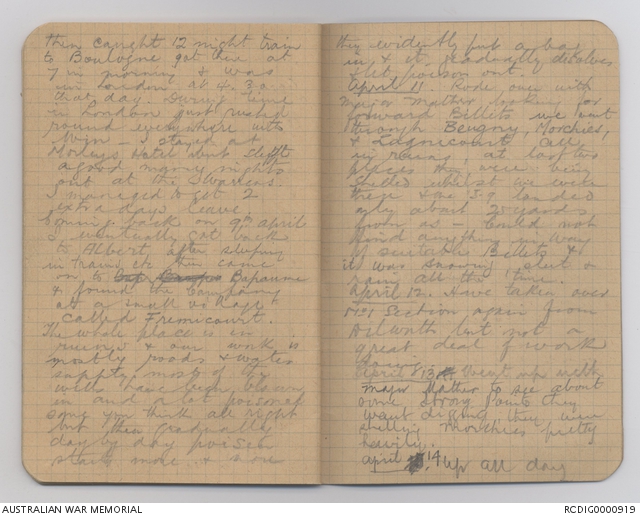 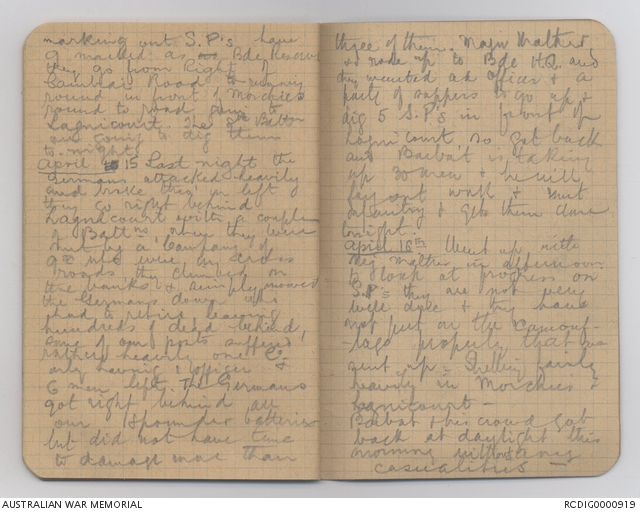 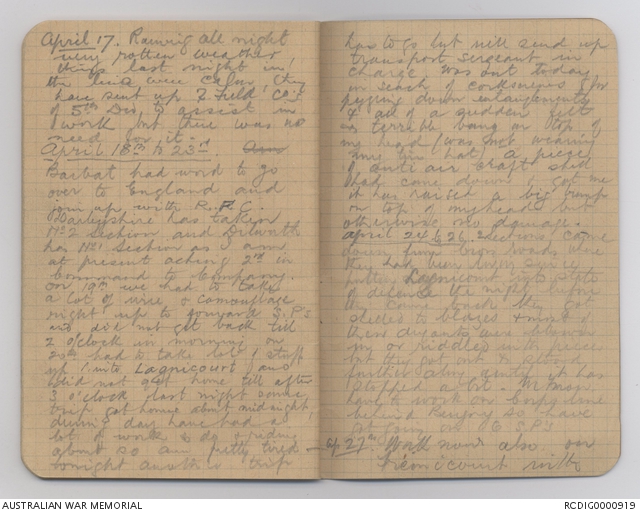 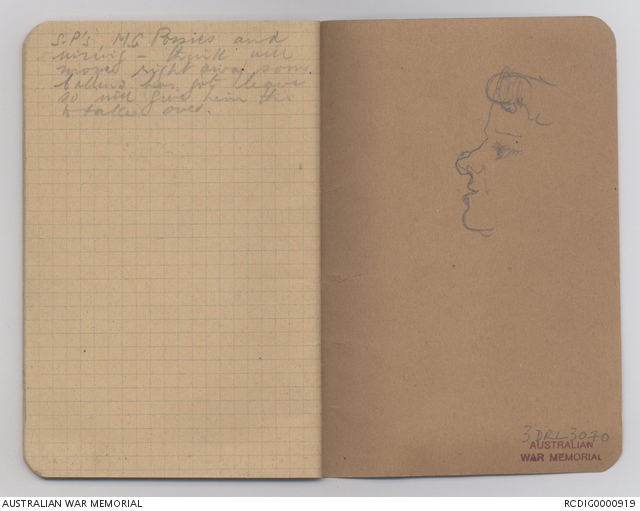 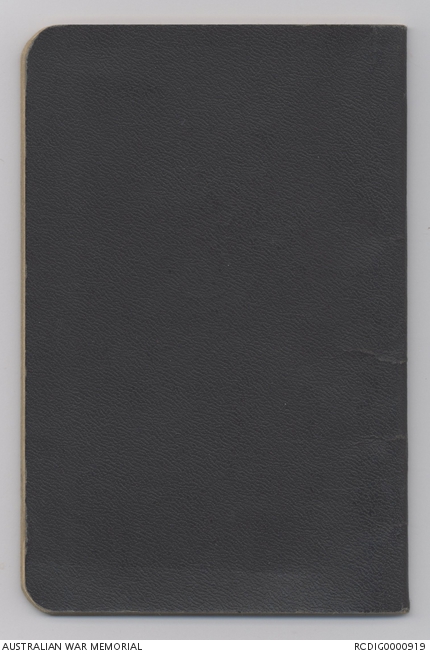 Diary relating to the First World War service of Captain Alexander Jackson Cunningham, 2nd Field Company Engineers. In this diary, kept between October 1916 and 27 April 1917, Cunningham describes many locations on the Western Front, in particular those of Pozieres and the Ypres salient, and recalls the Battle of Lagnicourt. As an accompaniment to his technical diagrams and sketches included in this collection, Cunningham describes the daily work of the engineers of 2 Field Company (1 Division) in constructing trenches and fortifications. The diary concludes with Cunningham still serving on the Western Front.