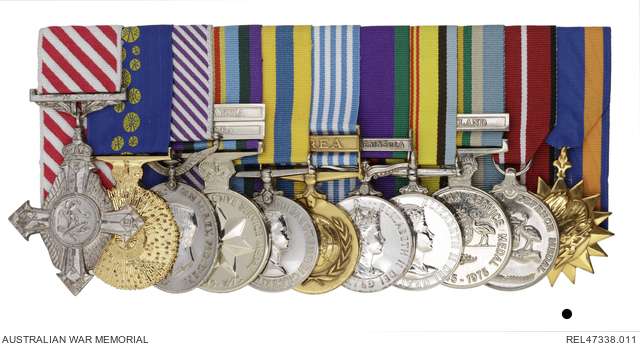 United States Air Medal, engraved on reverse with recipient's details and date of '26-3-52'.

This United States Air Medal relates to the service of then Sergeant John Norris Parker, an Australian pilot serving with 77 Squadron Royal Australian Air Force (RAAF) during the Korean War.

A close working relationship has existed between Australian and American aviators since the Second World War. Several Australian airmen who have worked either alongside or 'embedded' into US Air units during the Second World War , Korean and Vietnam Wars have been awarded US decorations such as the Silver Star, Bronze Star and Air Medal.

According to the order of precedence, being a foreign award and regardless of its stature of being a United States Air Medal, it must be placed after the awardees last Australian or British Commonwealth medal.