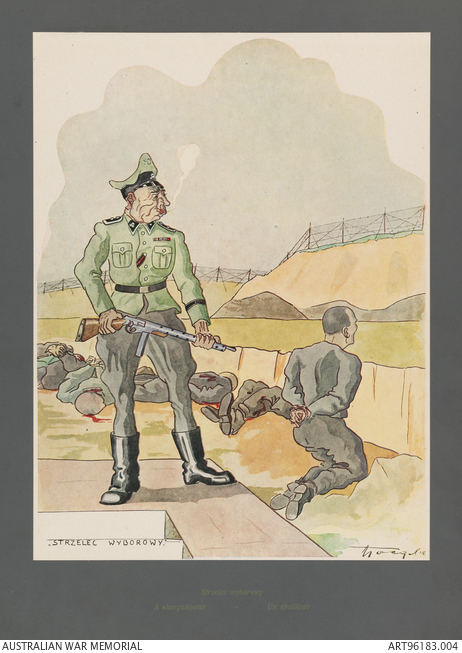 Depiction of a mass execution within sight of the barbed wire fences of a German concentration camp. A SS soldier is standing behind a prisoner, who has his hands and feet bound, kneeling before a pit. The soldier, who is depicted as grotesque and smoking a cigarette, has his gun ready to execute his prisoner at point blank range. In the background are the bleeding bodies of a number of other prisoners who have already been shot. The print has been mounted on dark grey card. The title in Polish with English and French translation is printed bottom centre, beneath the image, in gold ink. The image is a macabre comment on the brutal and cowardly way the Gestapo murdered hundreds of prisoners.