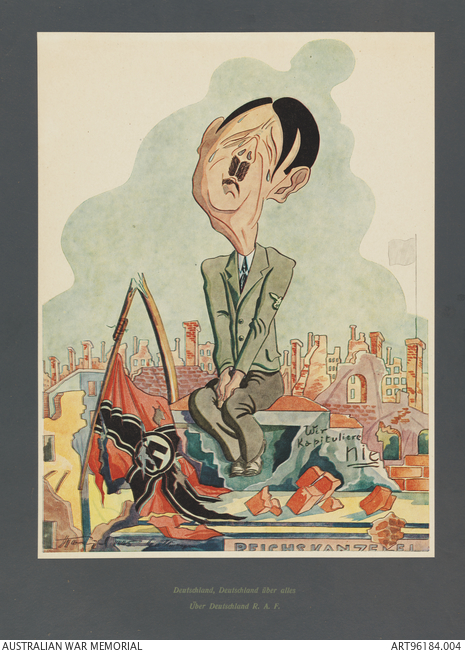 Caricature of Hitler weeping amidst the ruins of a German city. Graffiti on the wall to his right states ' Wir Kapitulieren nie' which translates as ' We never surrender' and the flag of the third Reich lies in tatters, the flagpole snapped to his left. On the signs on a ruined building in the foreground is just visible it reads 'REICHSKANZELEI' or Reichs Law Firm. The print has been mounted on dark grey card. A title in German is printed bottom centre, beneath the image, in gold ink. There are no Polish, English or French titles for this image.