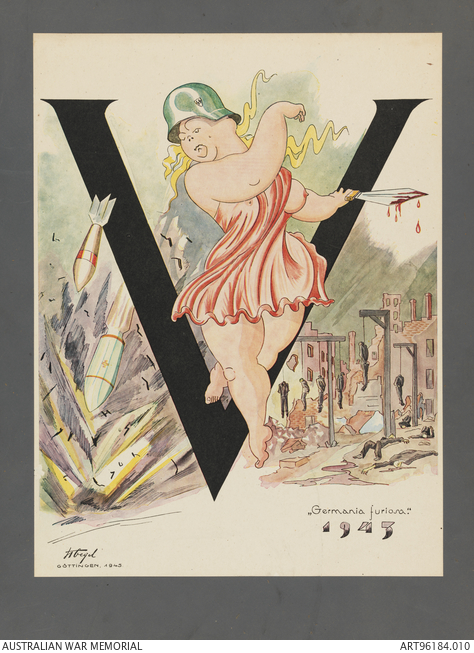 Satirical depiction of the actions of Germany in 1943 as a darkly humorous Wagnerian opera. At the centre is a large, blonde female opera singer. Symbolic of the SS she is wearing a pink toga and a steel helmet with the SS insignia inscribed on the side. In her right hand is a sword dripping with blood. The singer is superimposed over a giant black ' V' and in the background are scenes of mass execution and destruction wrought by aerial bombs. Wagner was among Hitler's favorite composers and his music was used at Nazi events and rallies.

The print has been mounted on dark grey card. The original drawing reproduced in this offset lithograph was created by Polish artist Stanislaw Toegel (1905-1953) while held in a German labour camp at Gotteningen.