Letter to the widow of Wilfred Griffith Barlow, 1917 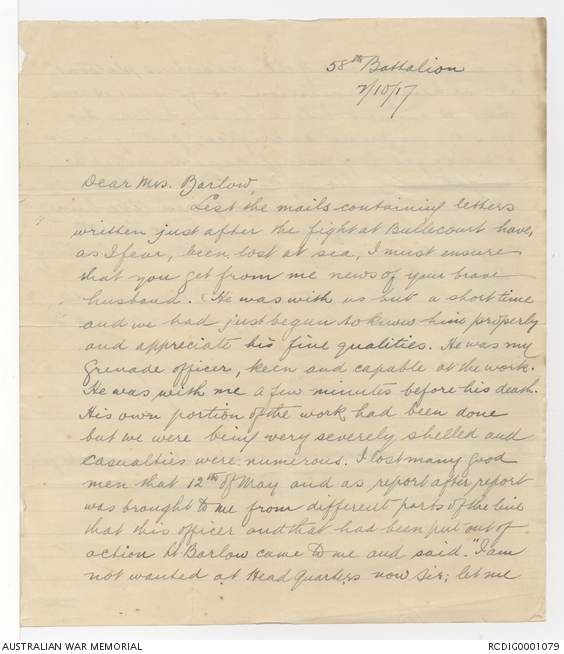 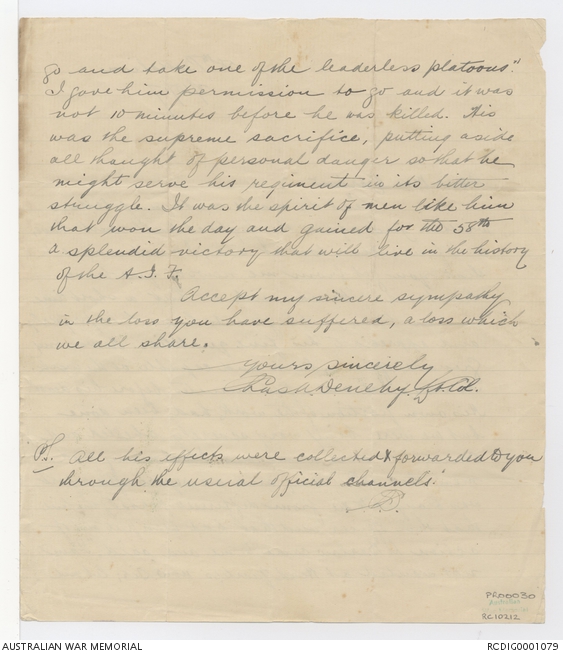 Letter relating to the First World War service of Lieutenant Wilfred Griffith Barlow. In a condolence letter to Barlow's widow, Lieutenant Colonel Charles Aloysius Denehy (the commanding officer of the 58th Battalion) writes of Barlow's death at the Second Battle of Bullecourt on 12 May 1917. He praises Barlow's character and writes that Barlow, having finished his duty and not needed at battalion headquarters, went back out to lead a platoon and was killed shortly after.