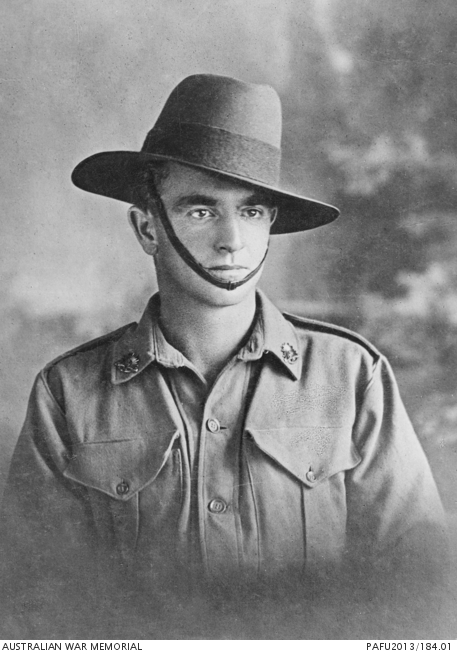 The Last Post Ceremony is presented in the Commemorative area of the Australian War Memorial each day. The ceremony commemorates more than 102,000 Australians who have given their lives in war and other operations and whose names are recorded on the Roll of Honour. At each ceremony the story behind one of the names on the Roll of Honour is told. The story for this day was on (1421) Private Cleveland Edward Starr, 2nd Battalion, First World War.

Cleve Starr was born in Los Angeles, California, to an English orphan and a German American. His father left Cleve, his sister and his mother when he was just a young boy, and the family went to Melbourne to live with his mother's grandfather. In due course his mother remarried, and he was raised by his stepfather as his own.

When Starr was a very young man, his mother gave him permission to enter the Royal Navy and he spent five years in service on HMS Pioneer, HMS Challenger, and HMAS Melbourne. When his time was served, he left the Navy and returned to Australia with a full complement of naval tattoos on his arms. He was working as a plasterer when war broke out in Europe in 1914.

Within months Starr had enlisted in the army and was with the 2nd Battalion of the Australian Imperial Force when they landed on Gallipoli in April 1915. He remained with his battalion until July, when he was wounded in the back and forced to evacuate. He returned to his battalion in the trenches in August and remained with them until the evacuation in December.

In early 1916, as the AIF was preparing to move to France to fight, Starr was admitted to hospital unwell, and remained in Cairo for treatment for several months. He rejoined his battalion in France in September 1916. Just one month later the battalion was undergoing a training exercise when Cleveland Starr was accidentally killed. He was participating in a bomb-throwing exercise when the bomb in his hand exploded prematurely, killing him instantly.

Starr was mourned by his mother and stepfather, and by his sister, Neena Riggall. Neena and her husband, Stan, named their son, born after the war ended, Cleve Riggall, after a much-loved brother and son.

Cleve Starr's name is listed on the Roll of Honour on your left, along with around 60,000 others from the First World War, and his photograph is displayed today beside the Pool of Reflection.

This is but one of the many stories of courage and sacrifice told here at the Australian War Memorial. We now remember Private Cleveland Edward Starr, and all of those Australians who have given their lives in service of our nation.