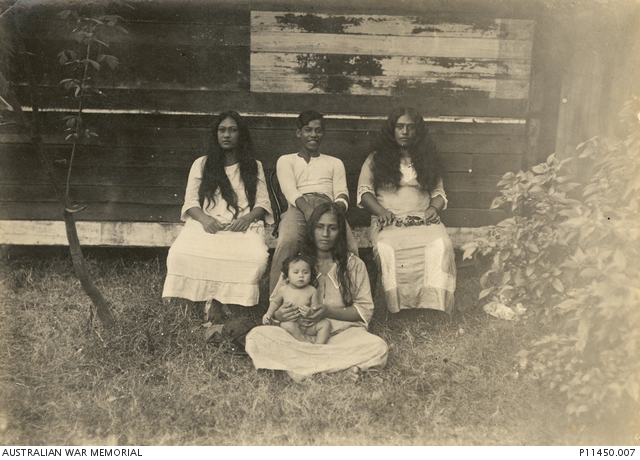 "Some of the natives on the island. Good open harted [sic hearted] people. The happyest [sic happiest] people I have come across. Them and the French will look after your son's grave (just as a loving mother would do)". Related to the burial of 1701 Private (Pte) Robert William Fuhrstrom, 58th Battalion, of Main Lead, Victoria. Pte Fuhrstrom embarked for overseas service in April 1916 but spent long periods of his service unwell and in hospital. In 1918 he was invalided back to Australia but on 29 May 1918 died en route and was buried at Uranie Cemetery, Tipaerui, Papeete, Tahiti. Colonel George Hodges Knox CMG, the French Governor, Chaplain Thomas Riddle, the Aide de Camp to the French Governor, the British Consul, the Mayor of Tahiti and other citizens, along with returning soldiers from the troop transport HMAT Marathon (A74) attended the funeral.