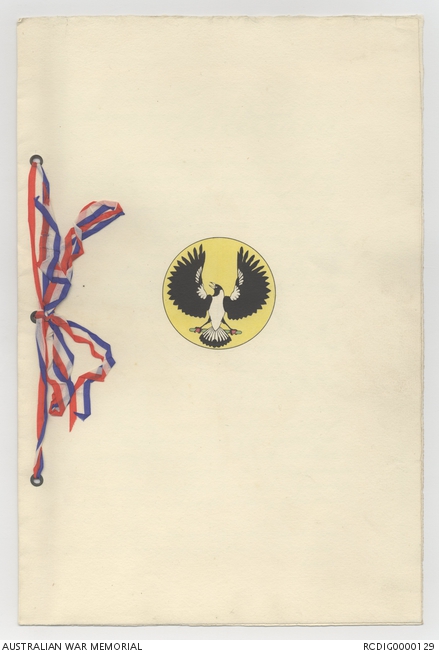 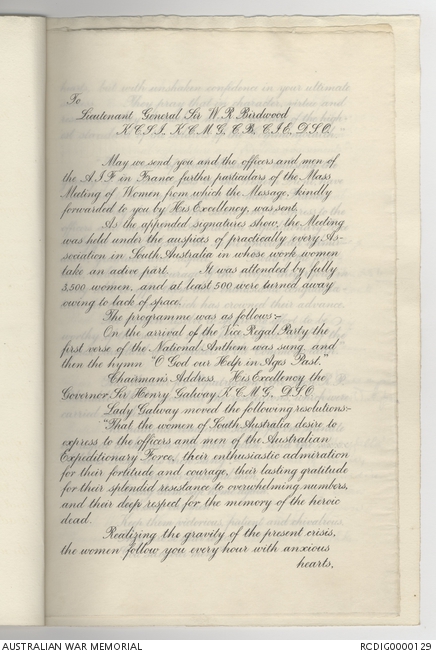 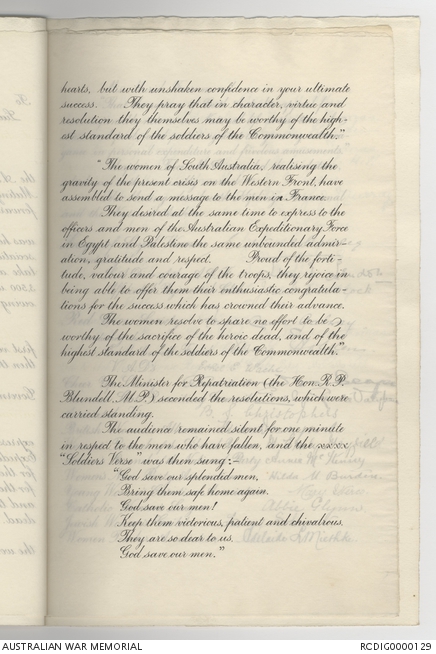 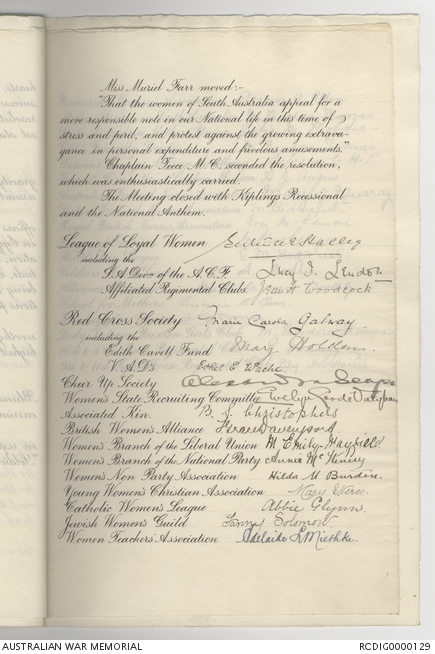 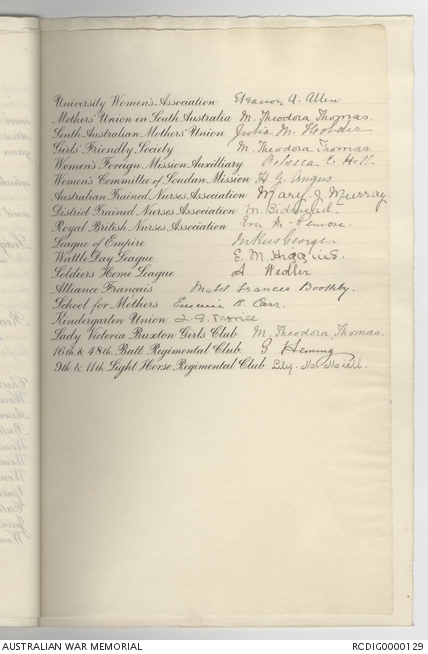 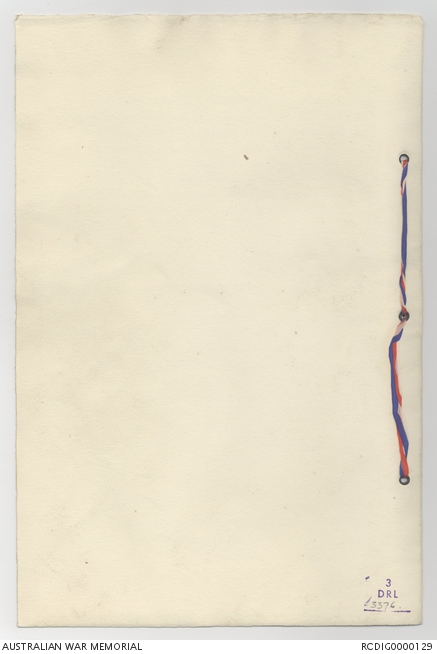 A written report of proceedings from a meeting of 3,500 women in South Australia during the First World War. The women who attended this meeting had assembled to send a message to men in France as well as Egypt and Palestine. This message was typed and signed by representatives from all organisations in South Australia in which the women were involved and sent to Birdwood. The four pages of the message were bound into a booklet format and tied with a red, blue and white ribbon. A picture of the Piping Shrike adorns the front cover. The original envelope in which this report was given to Birdwood is also included.