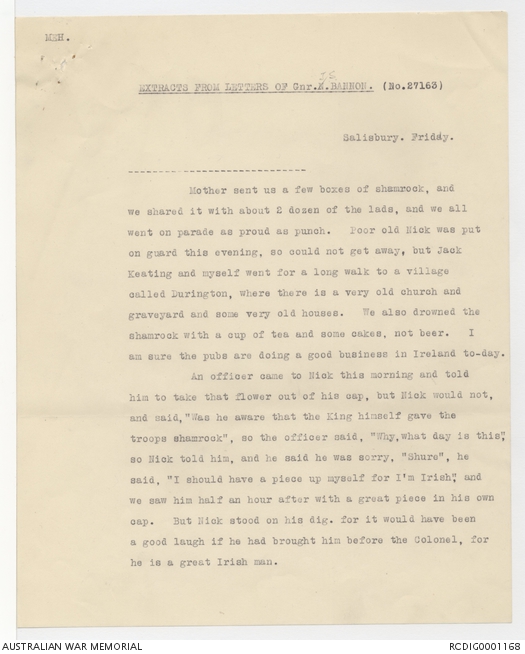 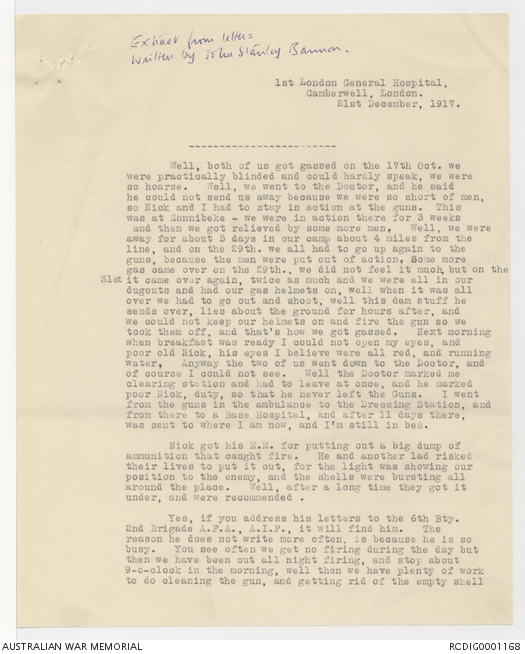 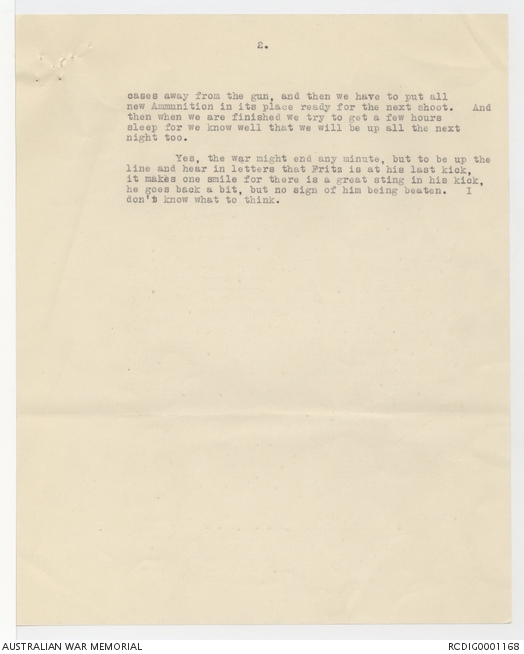 Typescript extracts of letters relating to the First World War service of 27163 Gunner John Stanley Bannon, 2nd Field Artillery Brigade. These extracts cover Saint Patrick's Day in 1917 with Bannon’s brother Nicholas (Nick) at the Larkhill camp, his recuperation in England from a gas attack at the front in October 1917, how his brother Nick was also gassed but had to remain at the front due to the shortage of men, and his brother being awarded the Military Medal for his bravery in fighting an ammunition dump fire. This file contains:
Extracts from letter written by John Stanley Bannon, Salisbury, [1917];
Extracts from letters written by John Stanley Bannon, 1st London General Hospital, Camberwell, London, 21 December 1917.