Folder 2 of 2 - Eyewitness account of the executions of Corporal Breavington and Private Gale, c.1942 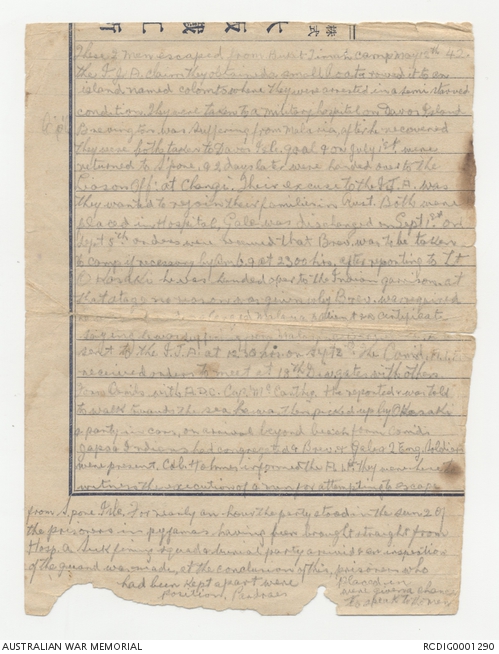 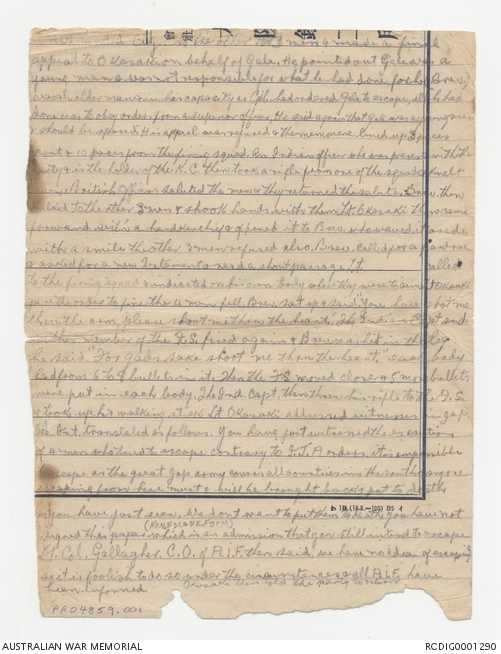 Collection relating to the Second World War service of NX621 Private Pierre Michael Walton, 8 Division Provost Company, including the period he was a prisoner of war (POW) of the Japanese, c. 1942.