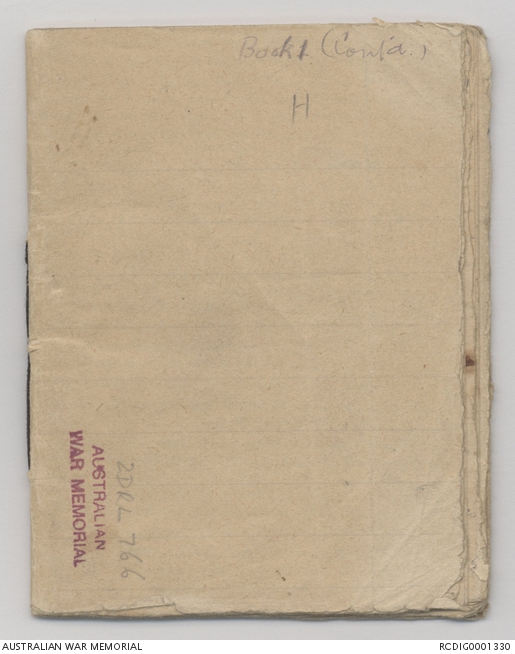 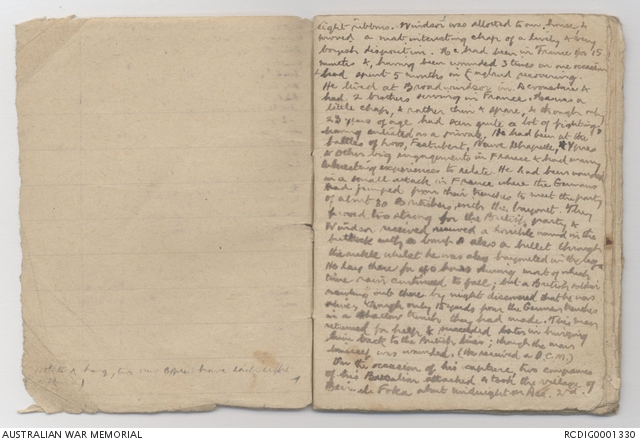 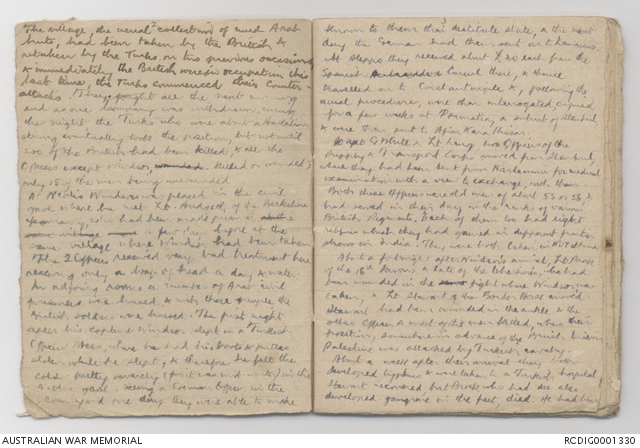 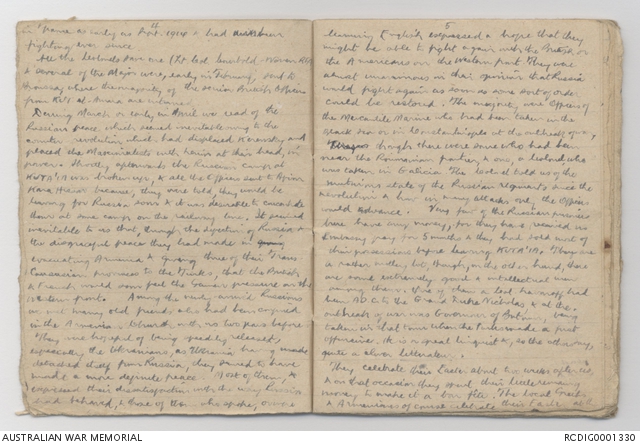 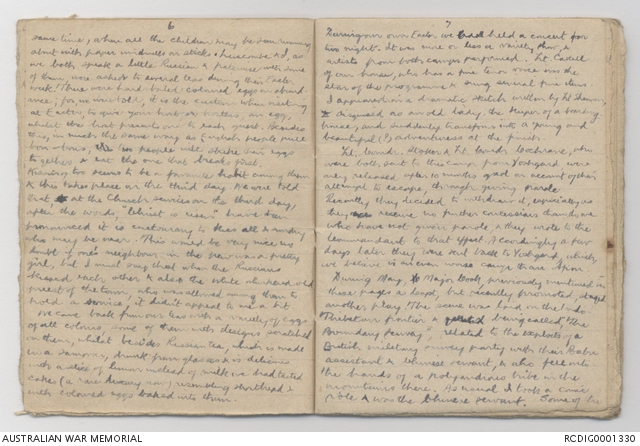 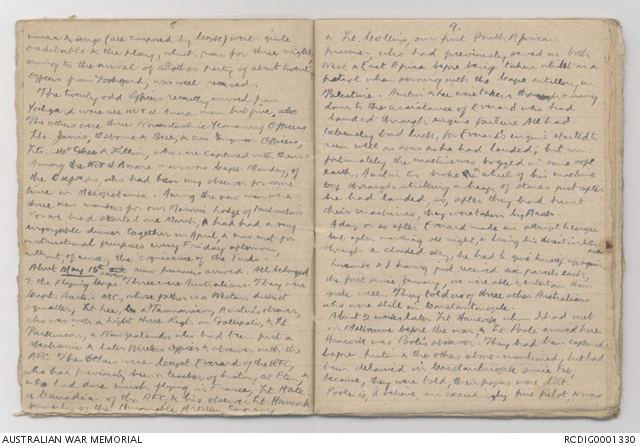 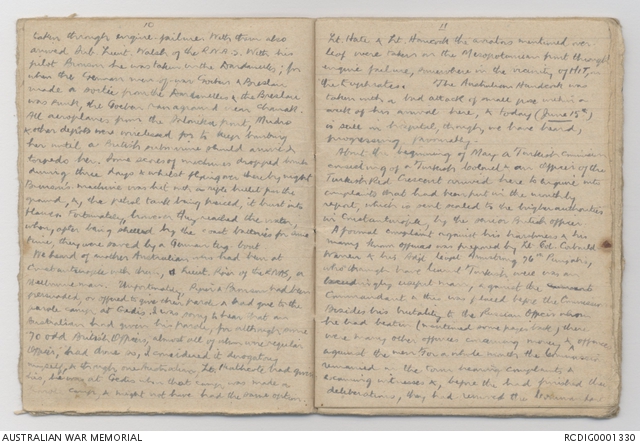 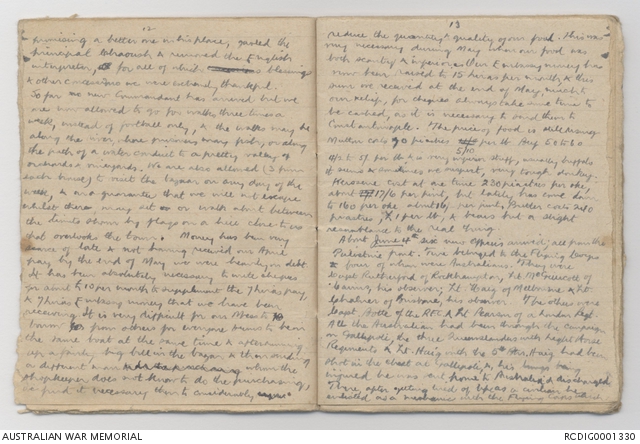 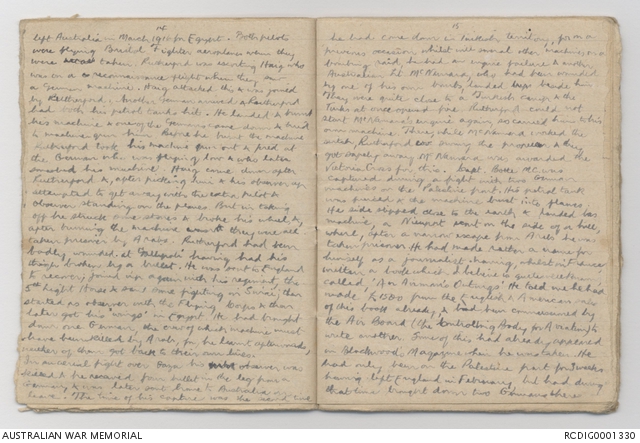 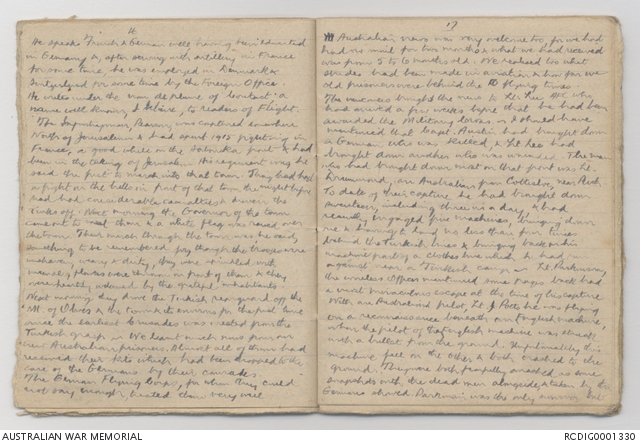 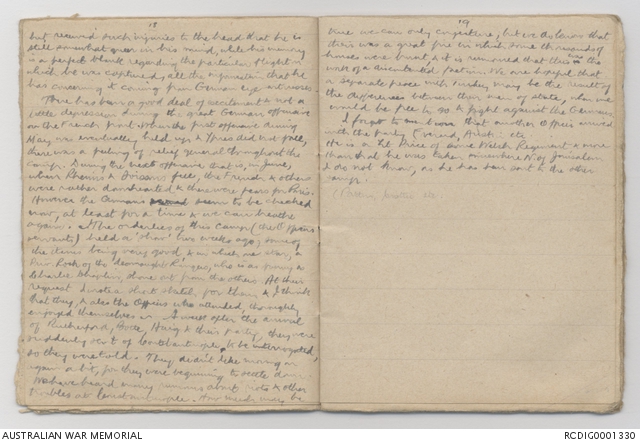 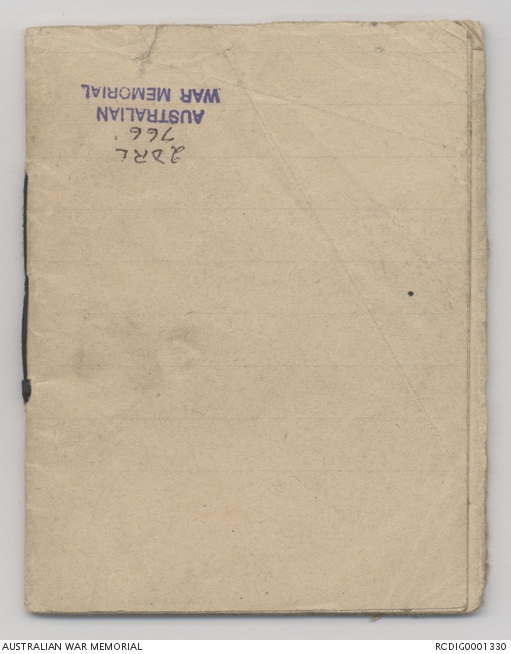 Diary [book 1H] relating to the captivity, during the First World War, of Captain Thomas Walter White, Mesopotamian Half Flight, Australian Flying Corps. In this diary kept between January-June 1918, White details his time as a prisoner of the Turks at Afion Kara Hissar camp, Turkey. In particular he notes the arrival of prisoners and records their accounts of capture and a visit from the Turkish Commission to enquire on prisoner’s wellbeing. White mentions Easter celebrations of the prisoners and the local population’s and notes the Russian revolution of March 1918.