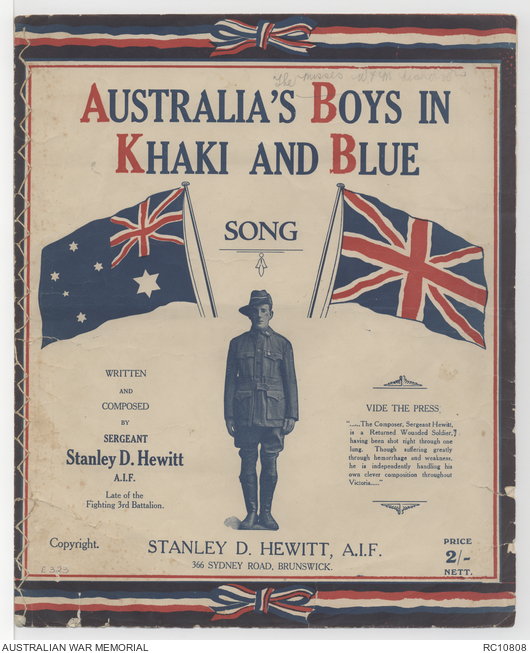 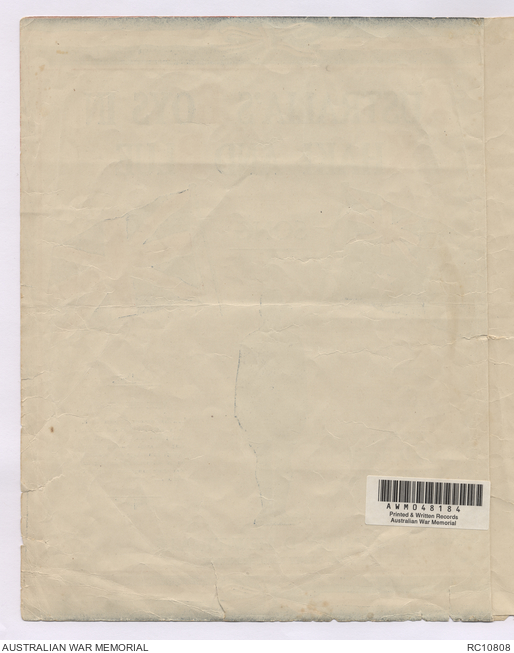 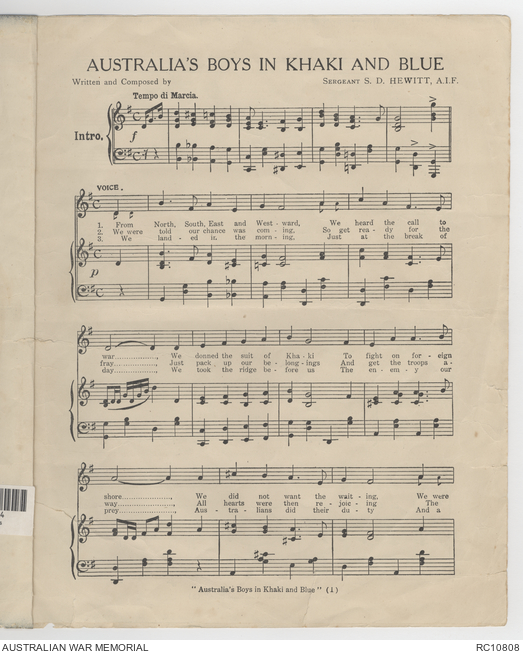 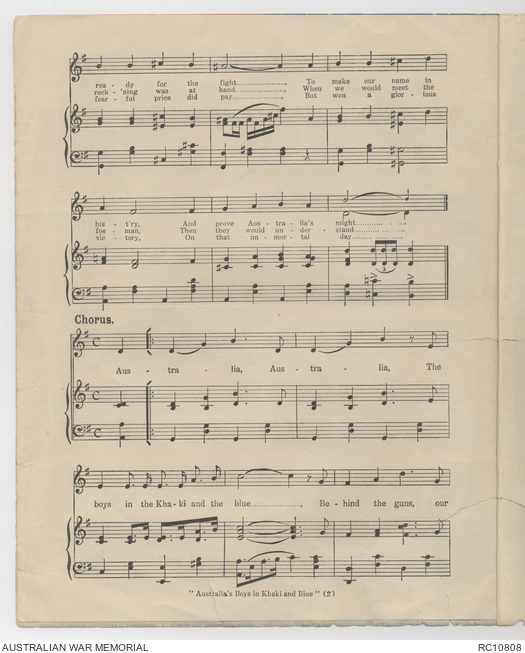 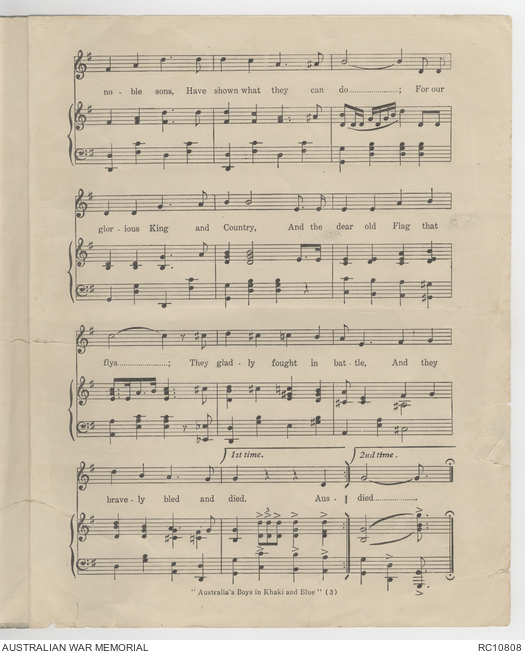 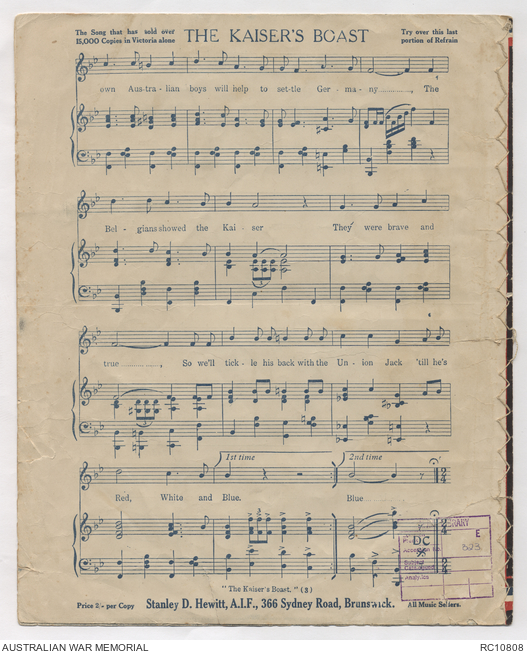 Sheet music for the song titled 'Australia's Boys in Khaki and Blue', written by the Australian composer Stanley David Hewitt. This song was first published in 1916, although this copy may have been published later. A blurb on the cover about Hewitt states '...The composer, Sergeant Hewitt, is a Returned Wounded Soldier, having been shot right through one lung. Though suffering greatly through haemorrhage and weakness, he is independently handling his own clever composition throughout Victoria...' It is believed that this was the second song written by Hewitt to be published, after 'The Kaiser's Boast' in early 1916, with this song published about June 1916.

The cover features an illustration of an Australian soldier, recognisable by his uniform and slouch hat. It is likely that this soldier is the composer, Hewitt. Above the soldier fly the Australian flag and the Union Jack. Ribbons of blue, red, and white border the top and bottom of the cover. The reverse page of the music is an advertising preview of Hewitt's song 'The Kaiser's Boast', promoted as 'The Song that has sold over 15,000 Copies in Victoria alone'. Hewitt's songs were unusual at the time, in that they were self published. They sold for 2/- per copy. This copy has been hand-sewn on the left-hand side by the original owner to strengthen the binding.

The Australian actress and singer, Dorothy Brunton, describing it as a 'dandy song' and requested permission to perform the song at fundraising events during the First World War period soon after it was first published. Copies of the sheet music for this song continued to be sold in Australian music stores up until approximately 1925.

Stanley David Hewitt served with the 3rd Australian Infantry Battalion from August 1914 to May 1915, before being discharged and repatriated for medical reasons.

The first public performance of this song in Australia appears to have been given by Hewitt himself at a lecture of the landing on Gallipoli and the battle of Lone Pine at Centennial Hall, Brisbane, on Tuesday 3 July 1917. A repeat performance of the lecture was given at Albert Hall, Brisbane on 28 July 1917 with this song performed by Mr J D Abrahams during the evening. Hewitt often gave this lecture at events where this song was performed, by himself or others, during 1916.

A song described as 'Boys in Khaki' was performed by Lance Corporal Seaton and a chorus during a concert by the 4th Australian Ammunition Sub-Park in France on 30 August 1917. It is not known whether this is the same song but it has a simliar name.

Welcome home receptions for returned soldiers also included the song in their musical program. One of the most notable of these occurred at Shadforth, New South Wales, three of four local returned soldiers were welcomed home with a concert in their honour on 2 May 1918. The three returned soldiers who attended were Private Don Price, Driver Russell Rodwell and Gunner Jim Taylor with the fourth soldier unable to attend. The song ‘Australia’s Boys in Khaki and Blue’ was performed during the evening by Miss E Kelly accompanied by a chorus.