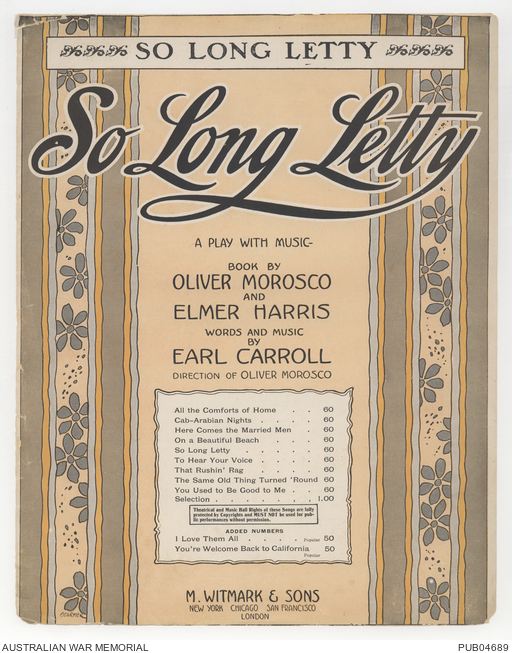 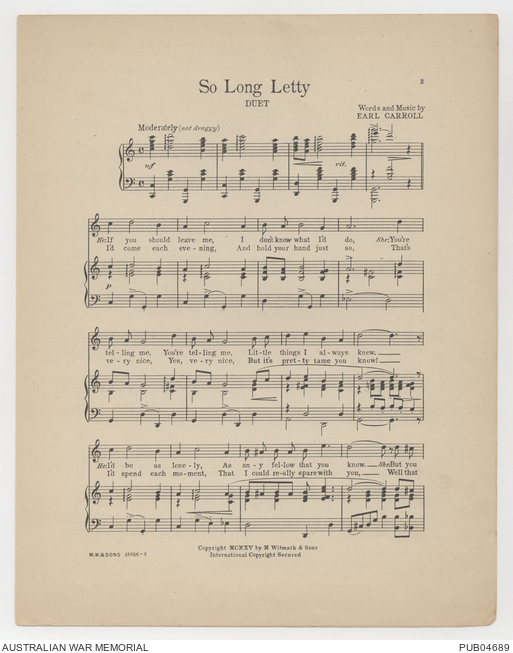 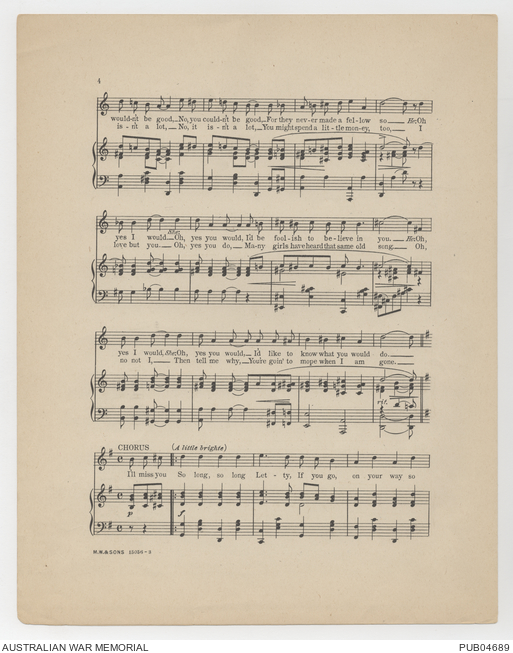 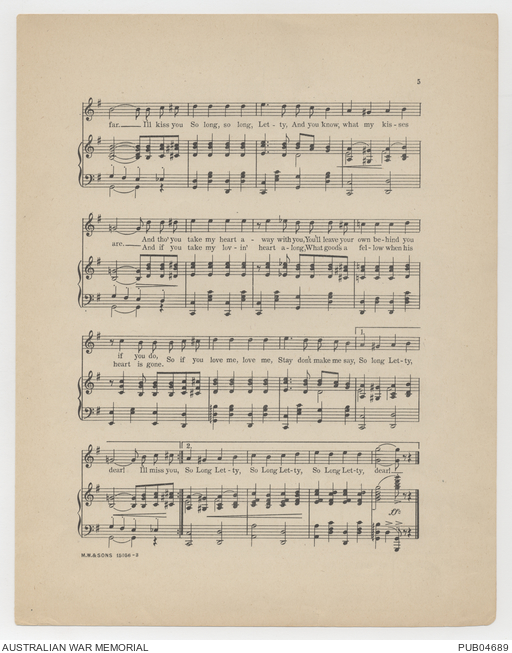 Sheet music for the duet titled 'So Long Letty', the titular song of an American stage musical produced by Oliver Morosco with music and lyrics by Earl Carroll. The song was written in 1915. The song featured in the production of the same name, 'So Long Letty', which opened on Broadway, New York City on 23 October 1916. The show ran for a total of 96 performances and closed on 13 January 1917.

The design of the front cover of this version of the sheet music has been printed in colour. On either side of the centre text section, is a symmetrical design consisting of alternating vertical columns containing various block colours and floral stripe patterns. This copy of the music, describes the work as a play with music. In the middle of the front cover is a box containing the names twelve songs that were featured in the play. There is also a note on the front cover indicating that an associated book was written by Oliver Morosco and Elmer Harris.

Earl Carroll was an American producer, director, author and songwriter who was selling programmes in theatres at the age of 10. He became a staff writer with a music publishing company and wrote his first full score in 1916. This was for 'So Long Letty'. This was followed in 1917 by 'Canary Cottage'. He built his own theatre in New York City in 1922 and replaced this, on the same site, with a new theatre in 1931 that was reported to the 'largest legitimate theatre in the world'.

This song was performed by Australian soldiers during the First World War and was also featured in concerts that they attended. The mouth organ band of the fourth reinforcements of the 30th Battalion performed this song aboard HMAT Orsova on Saturday 25 March 1915. It was also performed as a duet by Private Robert Francis Pitman and Private Charles Fitzgibbon aboard SS Themistocles on Saturday 26 August 1916. The song was also performed as the finale during a concert by The Anzac Coves concert party at Jubilee Hall in Weymouth, England on 21 February 1918.