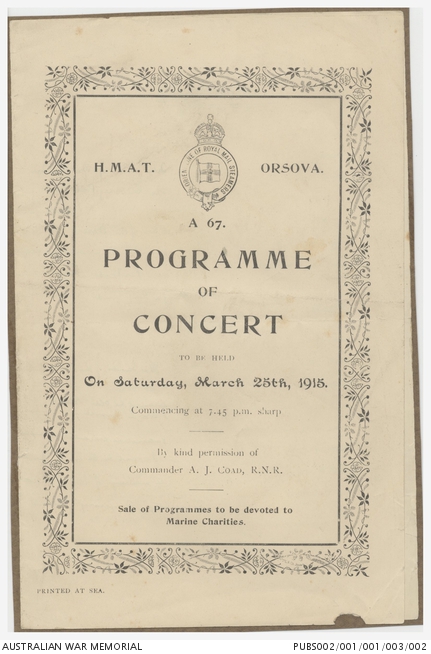 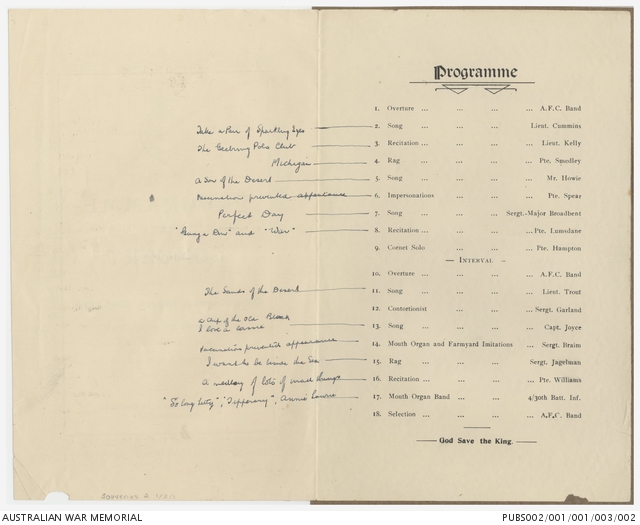 Souvenir program for a concert held to entertain troops during the First World War. This program is for a concert held aboard HMAT Orsova at 7.45pm on Saturday 25 March 1915. The cover of this program features the emblem of the Orient Line of Royal Mail Steamers and the proceeds from the sale of programs were to be given to marine charities. The program has been annotated by hand to show the names of each of the acts appearing in the concert.