[Sheet music] It's a Long, Long Way to Tipperary [music]: as sung by the English Expeditionary Force whilst marching through France 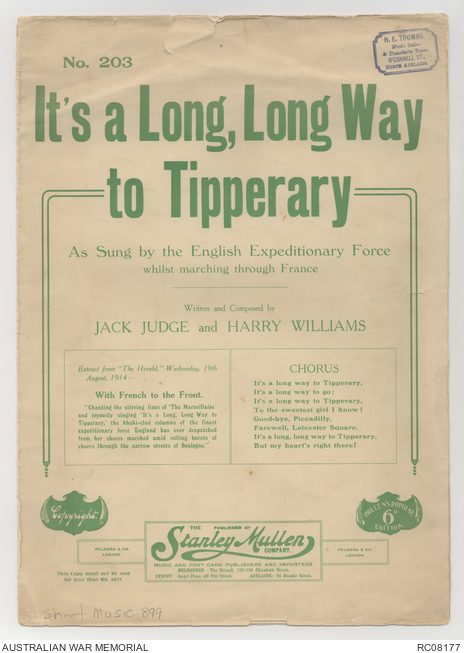 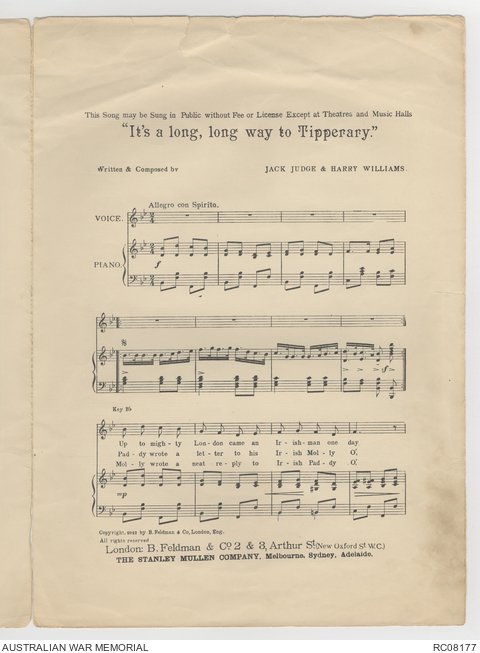 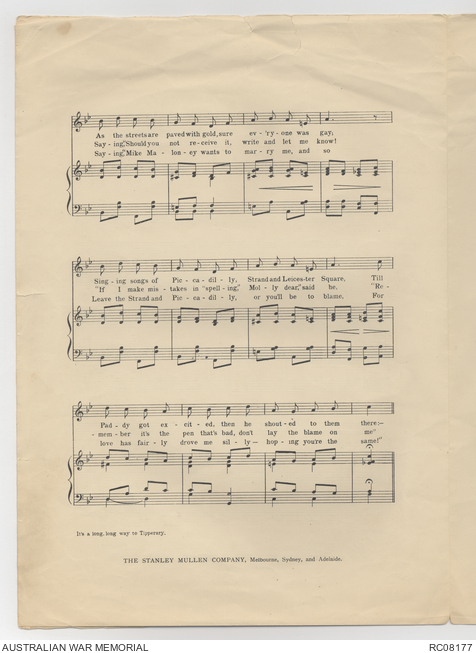 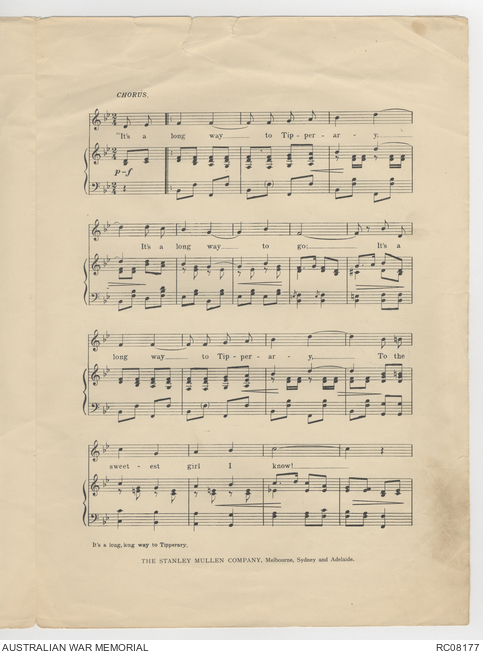 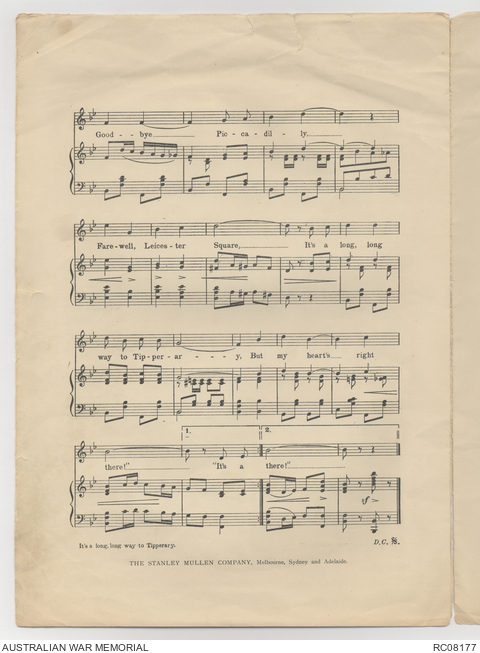 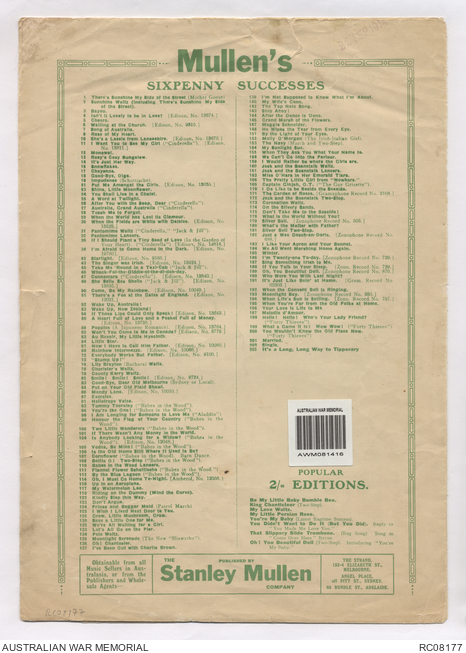 Sheet music for the song titled 'It's a long, long way to Tipperary'. Lyrics and music written and composed by Jack Judge and Harry Williams. This edition was published by The Stanley Mullen Company of Melbourne, Sydney and Adelaide. It has a stamp on the front: 'H E Toombs, Music Seller and Pianoforte Tuner, North Adelaide'. A stipulation on the cover mentions that it must not be sold for less than 6d. Inside the back cover are advertising previews for six songs including: 'Winter', written by Alfred Bryan and Albert Gumble; 'Ship Ahoy!', written by Arthur J Mills and Bennett Scott; 'What's the matter with Father?', written by Egbert van Alstyne and Williams; 'When the fields are white with daisies', written by C M Denison and William A Pratt; 'What is the world without you?', written by J Hayden-Clarendon; and 'The garden of roses', written by E Dempsey and Johann C Schmid. The back cover features a list of 'Sixpenny Successes' available from the music publishers, Stanley Mullen Company.

This song was first published in 1912 and became very popular during the First World War. This copy asserts, 'as sung by the English Expeditionary Force whilst marching through France' and features the chorus of the sung in the middle of the cover. The lettering on the cover is in a shade of green, that could be said to be representative of Ireland. The lyrics of this song are written from the perspective of a visitor to London who originated from the Tipperary area of Ireland and tells of how he has left his heart in Tipperary.

An extract from The Herald newspaper, dated 19 August 1914, features on the front cover and reads "With French to the Front. Chanting the stirring lines of 'The Marseillaise' and joyously singing 'It's a long, long way to Tipperary', the khaki-clad columns of the finest expeditionary force England has ever despatched from her shores marched amid rolling bursts of cheers through the narrow streets of Boulogne".

This was a very popular song with Australian soldiers during the First World War period. It was performed by the 4th reinforcements of the 30th Battalion mouth organ band at a concert held aboard HMAT Orsova on Saturday 25 March 1915. It featured as part of a chorus medley during a concert held aboard HMAT Shropshire on 3 April 1915. It was also performed by choirs in concerts held at the Richmond School of Arts in July 1915.