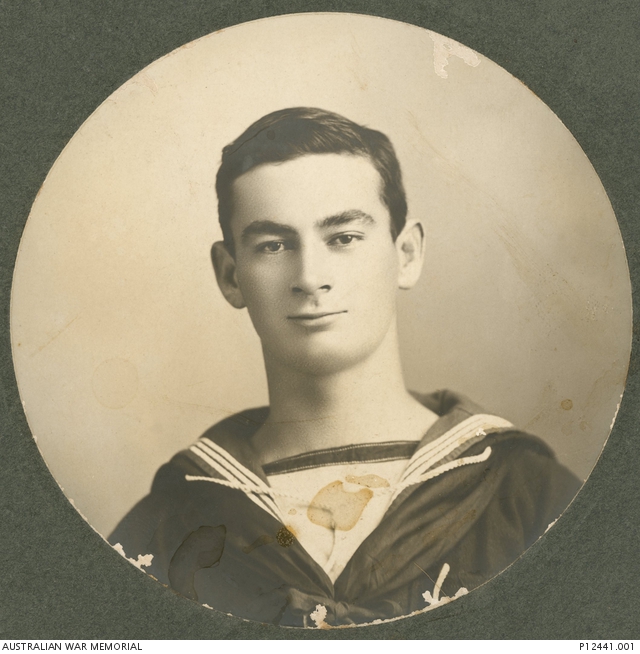 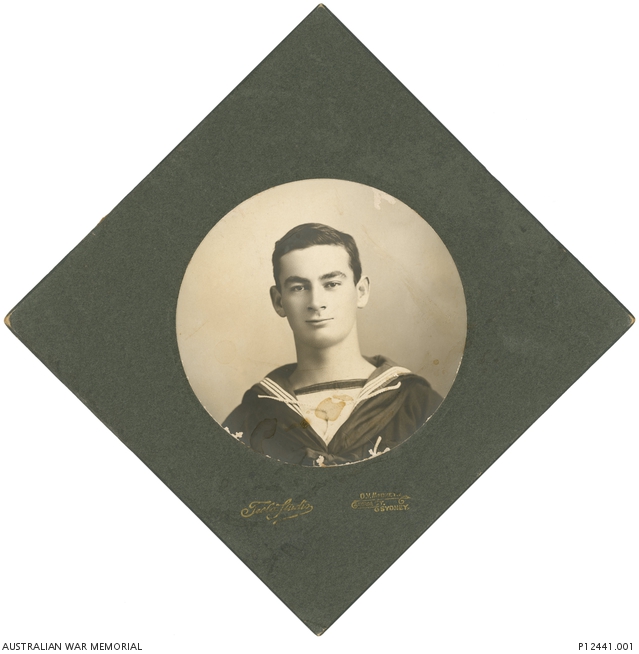 Studio portrait of then Yeoman of Signals (Yeo) William David Hunter, Royal Navy. Yeo Hunter joined the Royal Australian Navy on 19 December 1911. In January 1913 he was promoted to Signal Boatswain (SB). At the outbreak of the First World War he went to New Guinea as part of the naval brigade of the Australian Navy and Military Expeditionary Force (AN&MEF). During the action on the Kabakaul-Bitapaka Road then SB Hunter commanded the rear guard of the landing party and discovered an unoccupied German lookout station, after one of his men found a wire which was thought to be attached to a mine.

The Australian War Memorial holds a fragment of the Union Jack (REL/02529) carried by SB Hunter which was raised at Herbertshohe on 11 September 1914, two days before the official flag raising ceremony at Rabaul. Letters relating to his service are also held at 1DRL/0369.