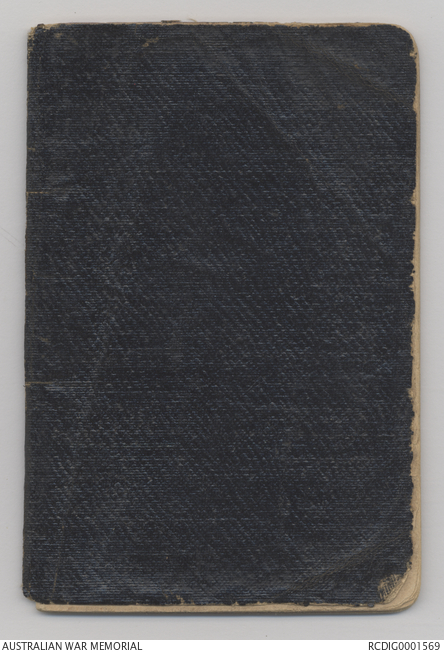 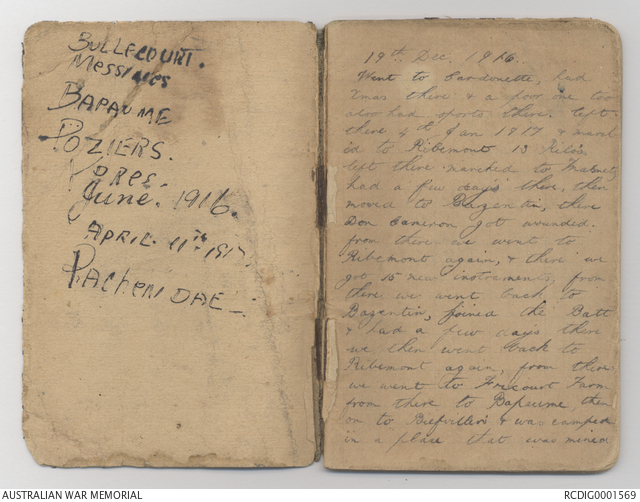 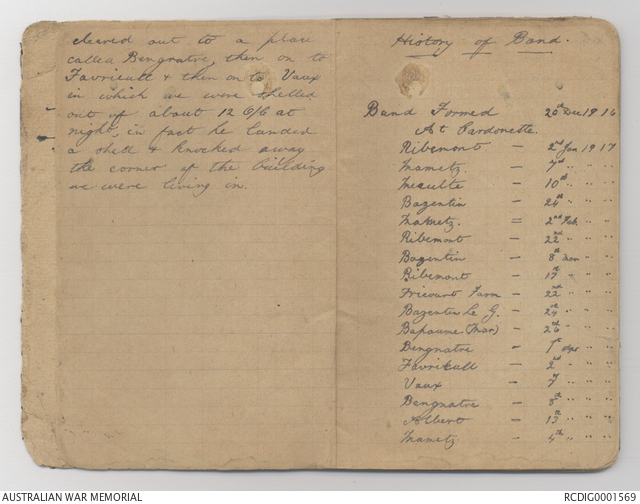 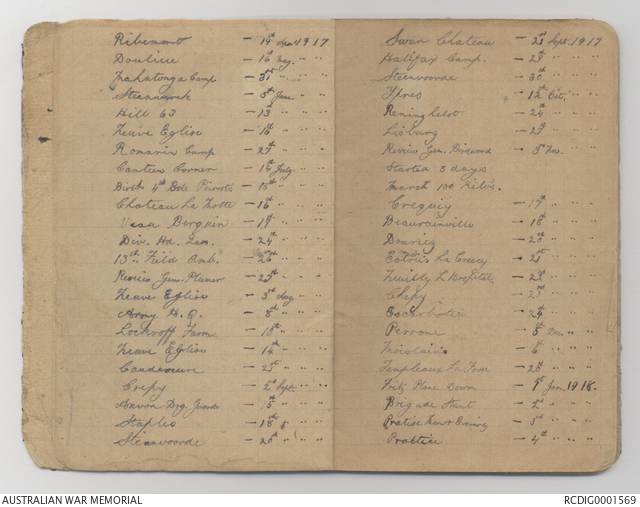 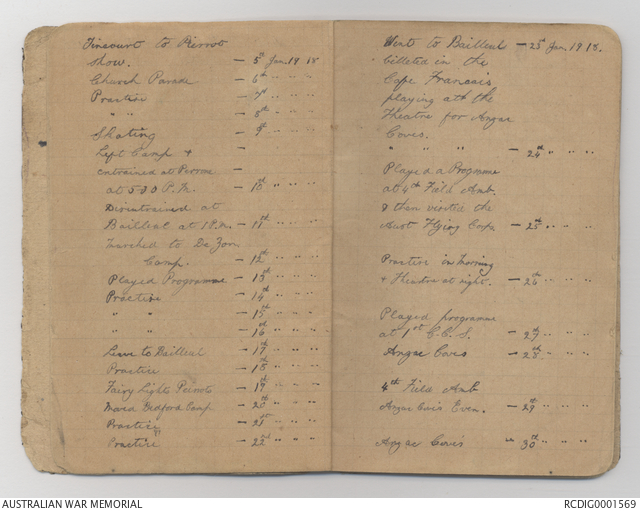 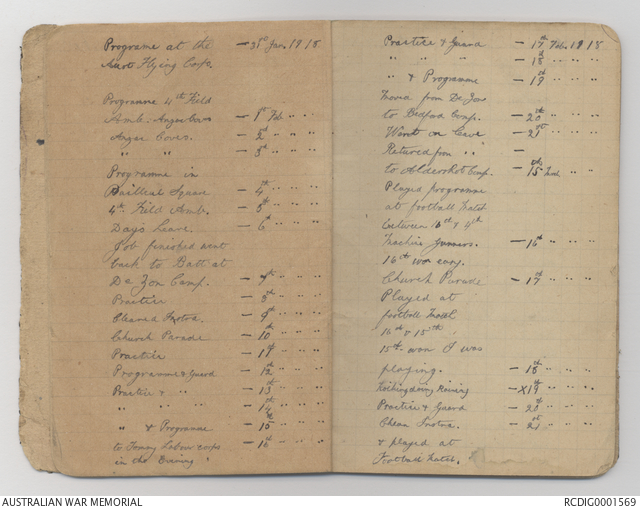 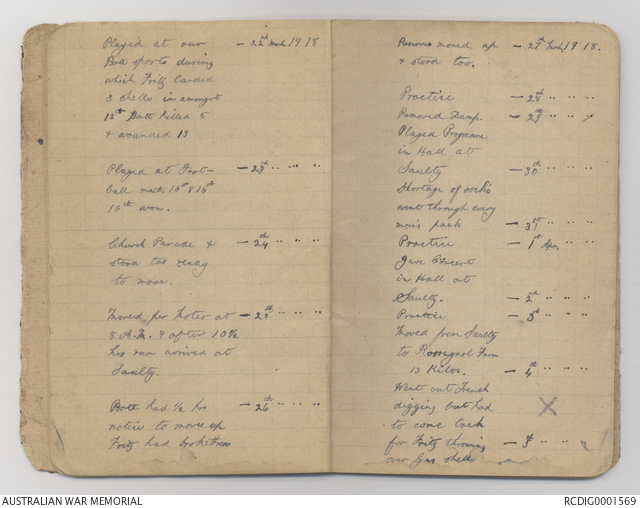 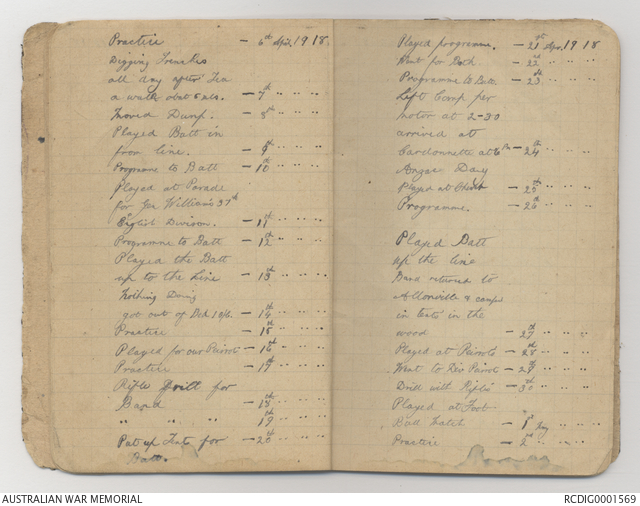 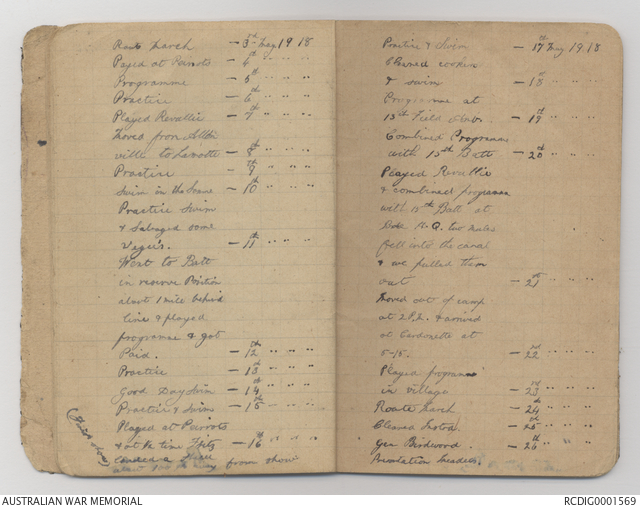 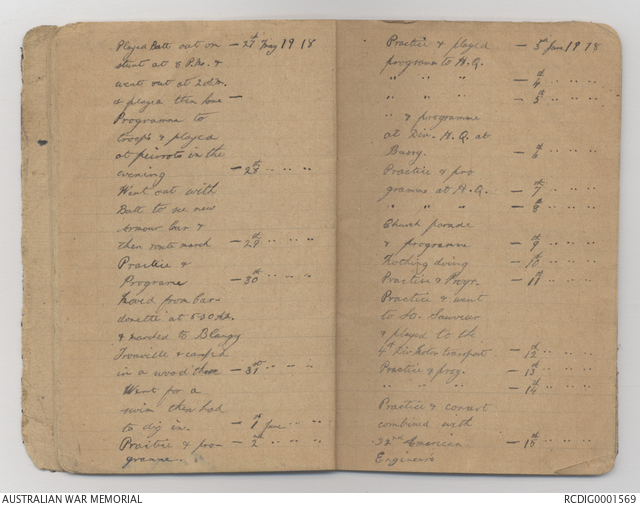 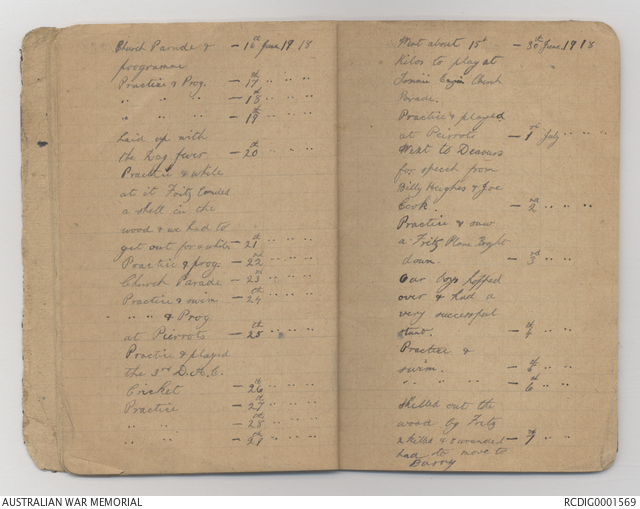 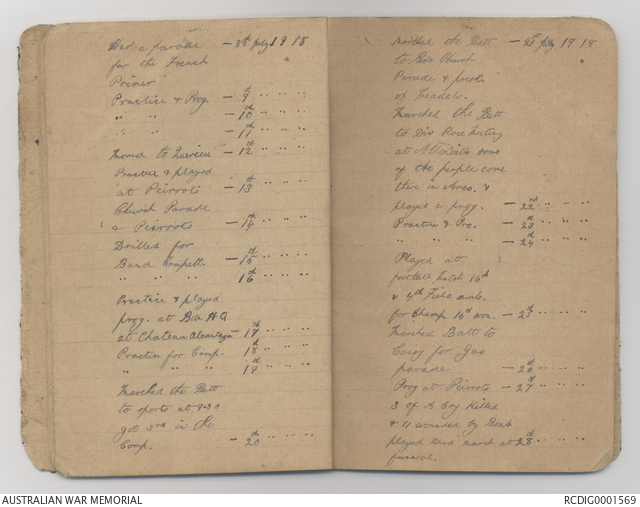 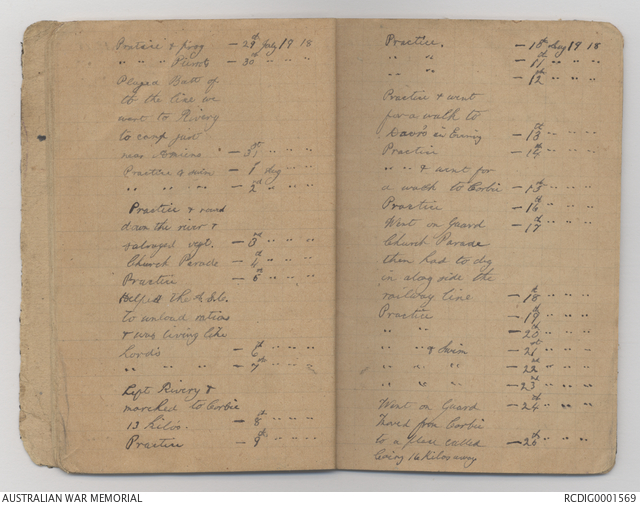 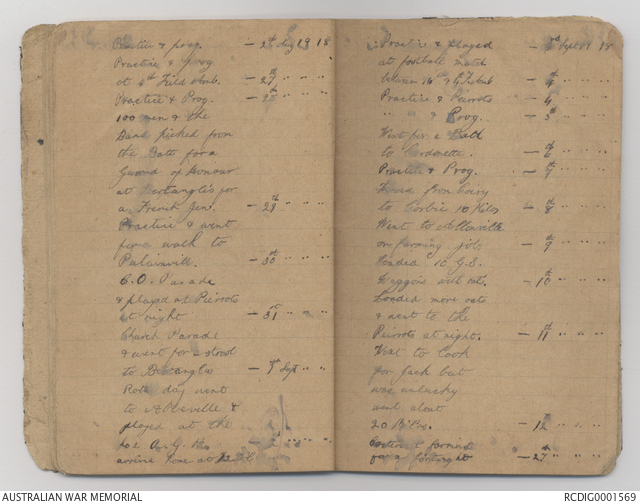 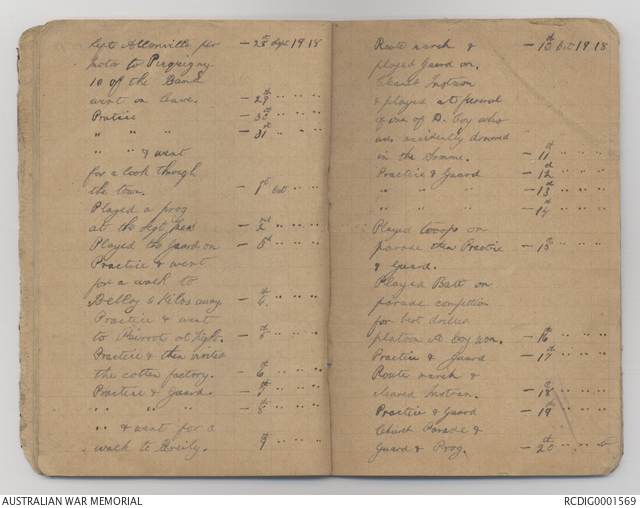 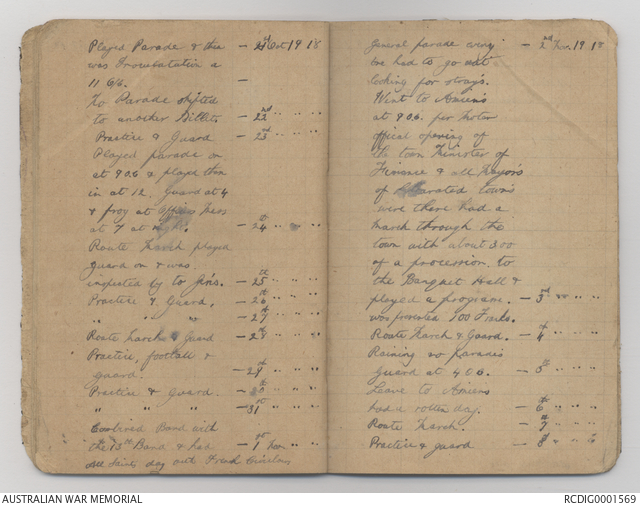 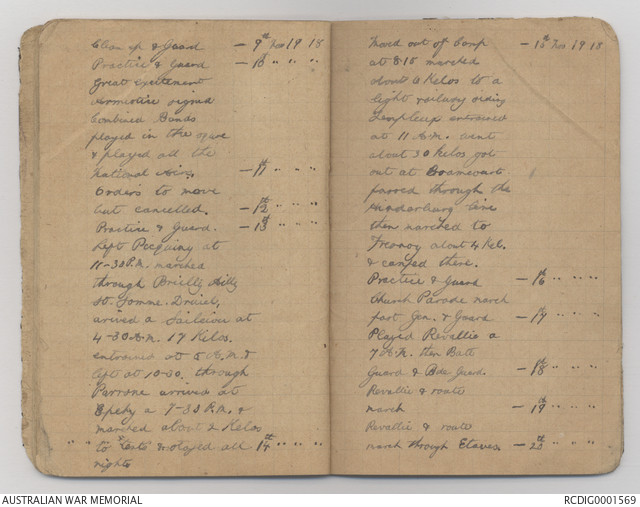 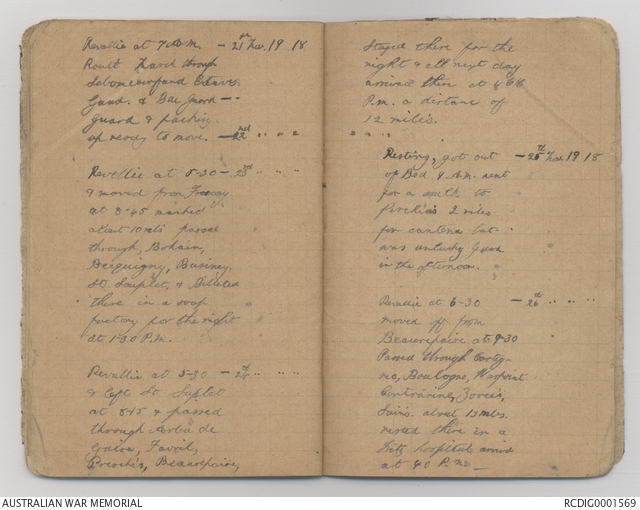 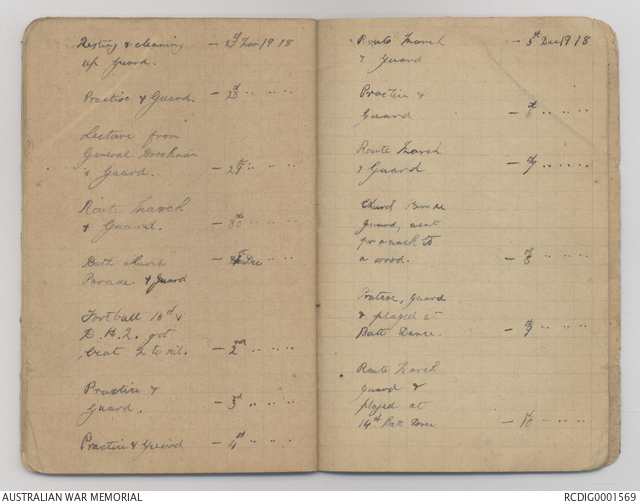 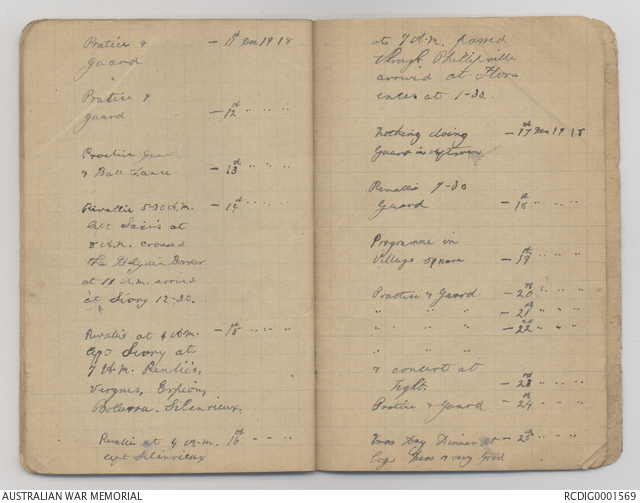 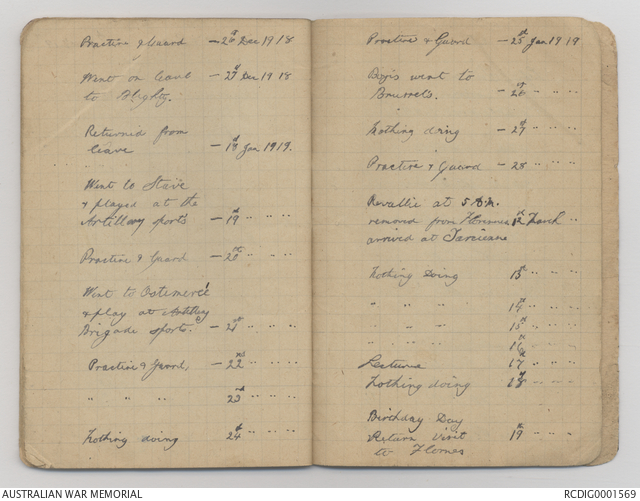 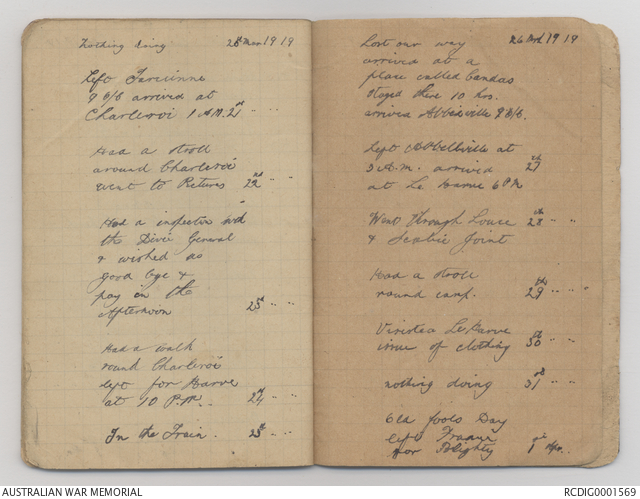 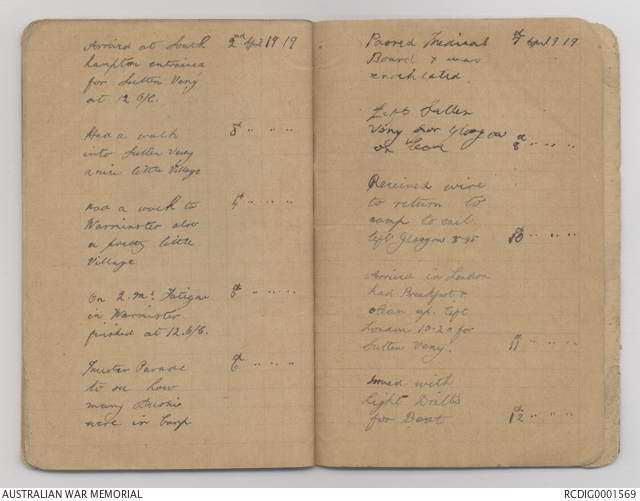 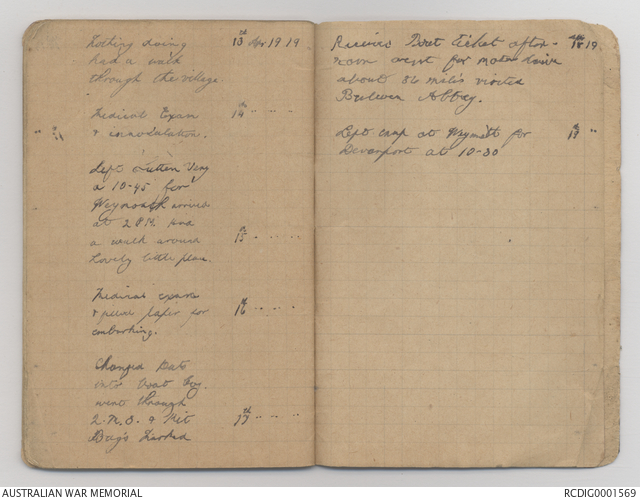 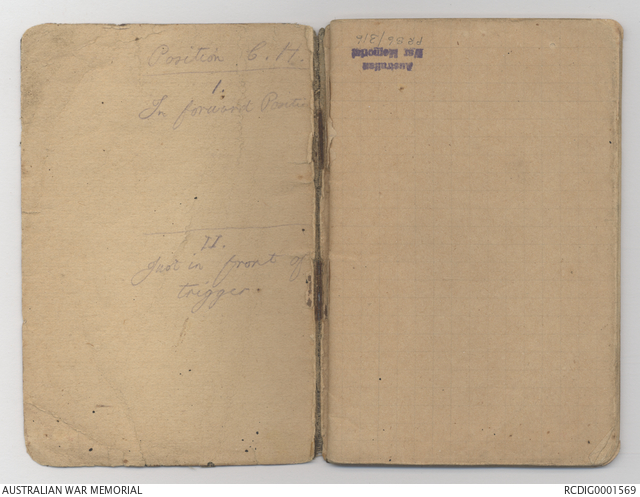 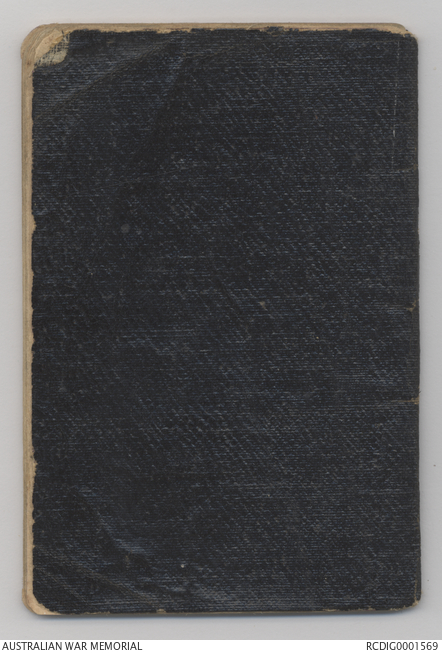 Notebook relating to the First World War service of 2924 Private William Reid, 16th Battalion. Contained within this notebook are a series of dated entries spanning the period 19 December 1916 to 19 April 1919. Entries detail the history of the 16th Battalion band, including the dates and locations of its performances, and includes other comments periodically such as when members of the 13th Battalion were killed during a concert. The final entry concerns Reid leaving England for Australia after the war.