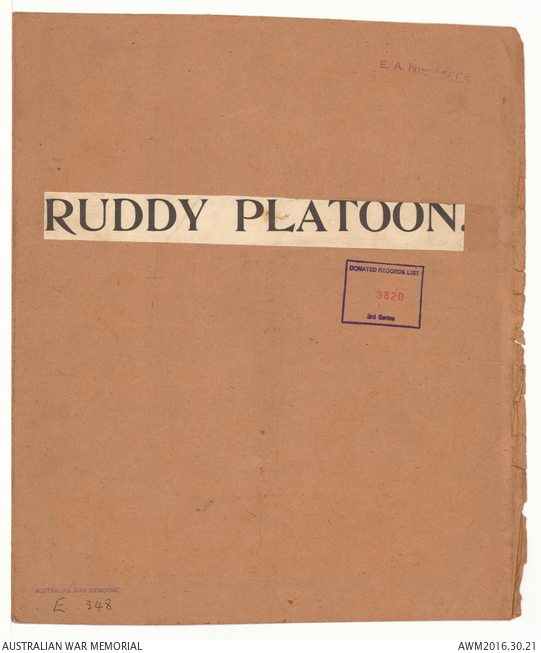 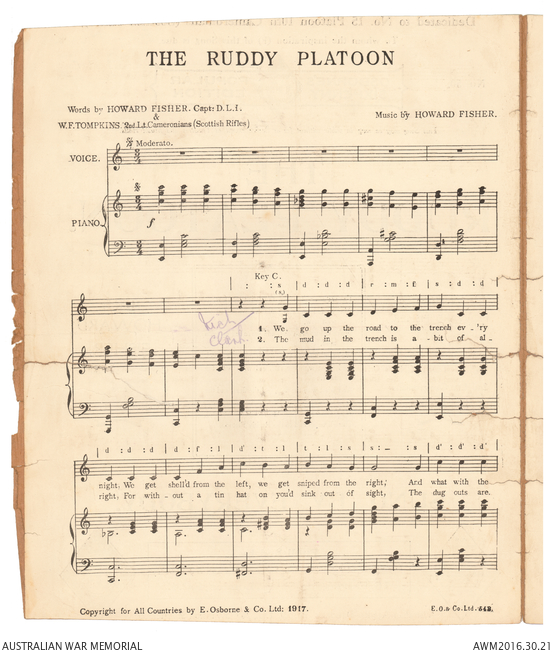 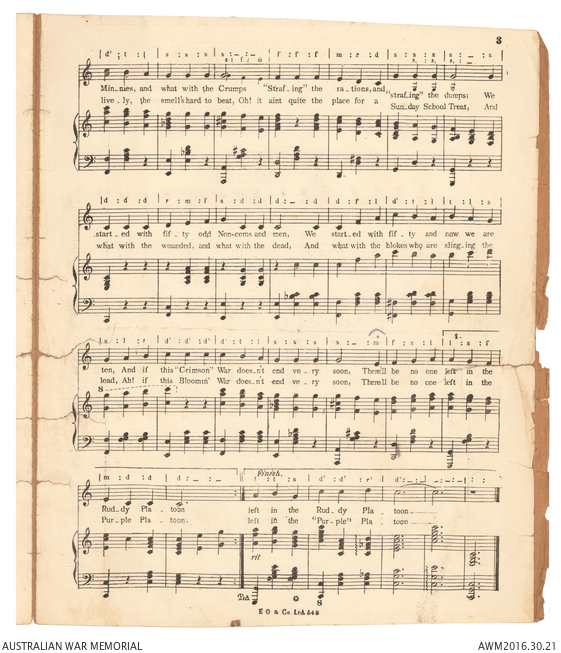 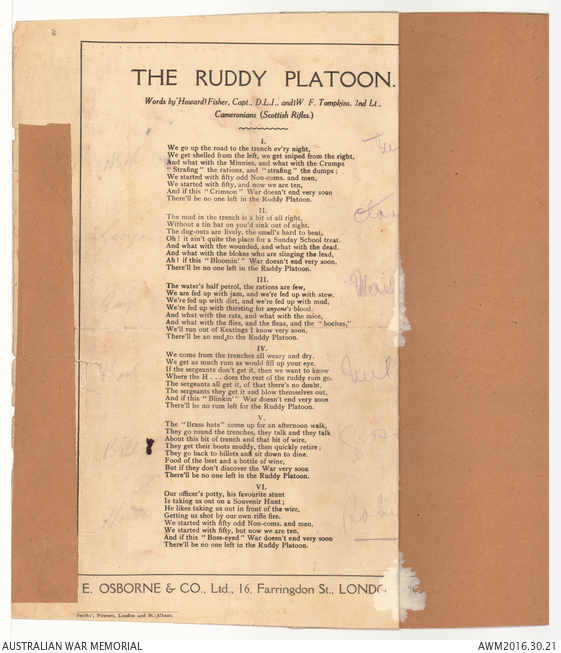 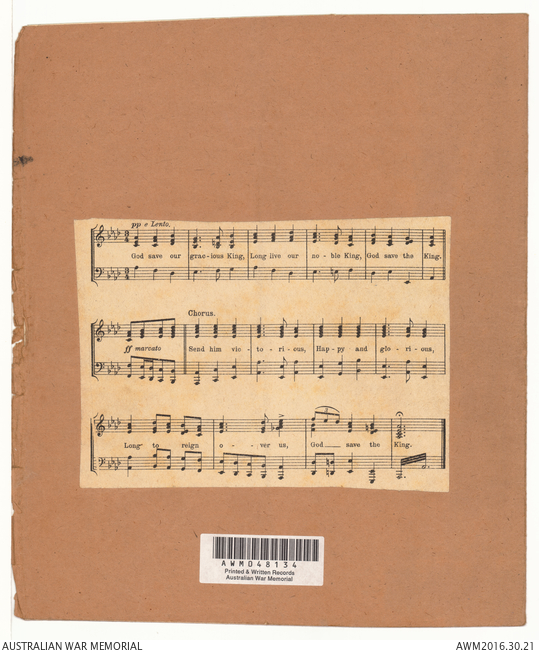 Sheet music for the song titled 'Ruddy platoon', with music composed by Howard Fisher and lyrics written by Howard Fisher and W F Tomkins. Both men appear to have served in British forces during the First World War. The lyrics describe conditions faced by in the trenches for non-commissioned officers. Trench slang terms feature prominently.

This copy was published by E. Osborne & Co. Ltd. in 1917 and originally belonged to Private Ernest Alfred Nicholls. His name features on the front cover in the top right hand corner. Nicholls was a member of The Aussies and The Perham Stars concert parties during the First World War. This copy of the music has been pasted into a cover made from brown paper with title cut out and pasted on the front cover. Towards the back, are the typed lyrics for the song which have been annotated with the name of who will perform each verse. On the back cover is the music for 'God save the King'.