[Sheet music] I didn't want to do it, but I did 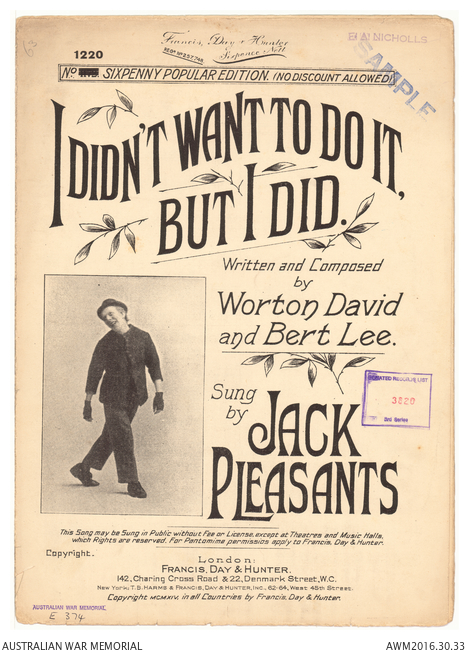 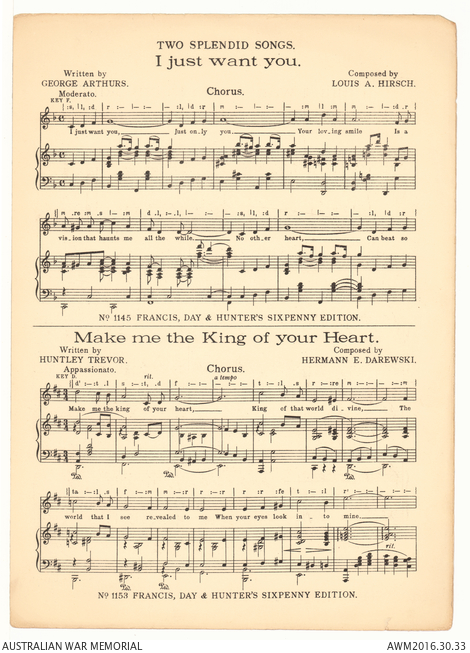 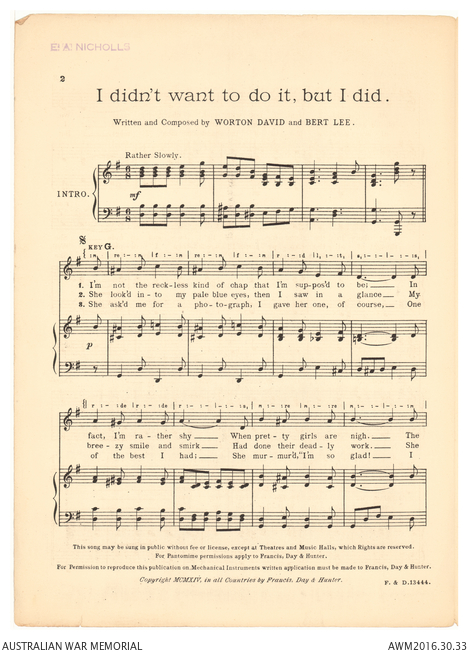 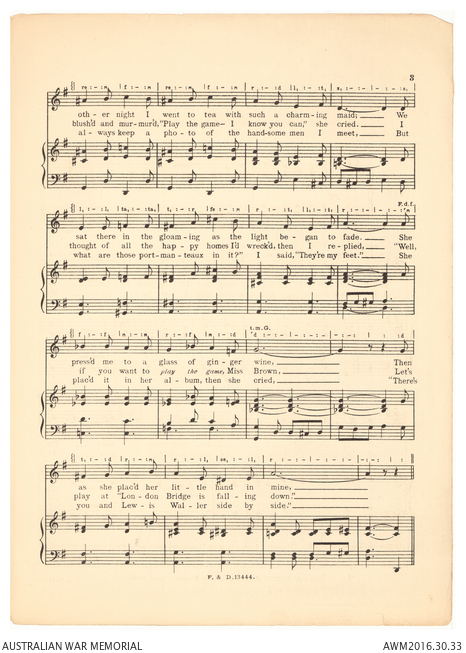 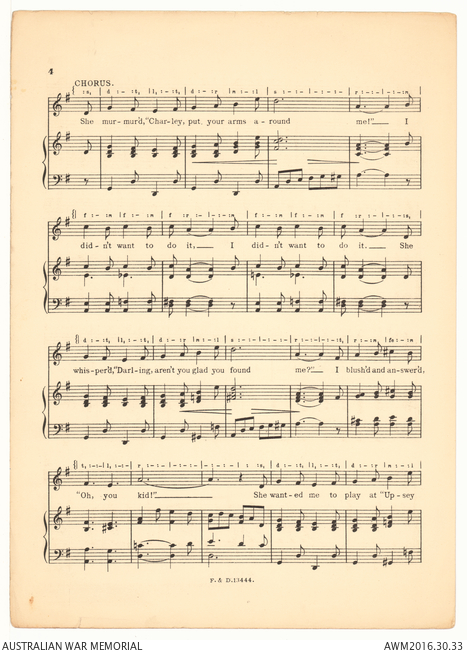 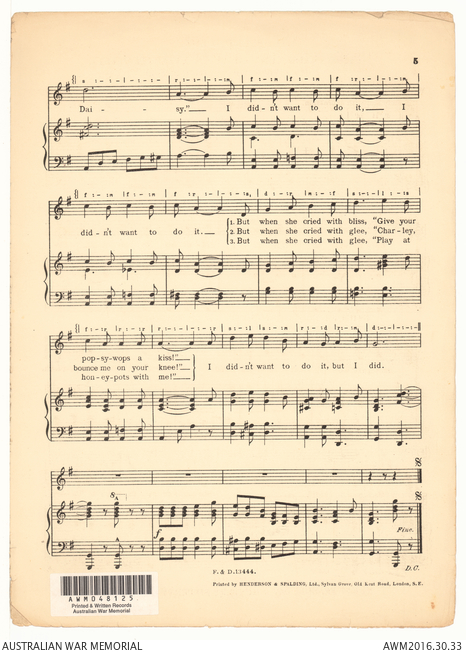 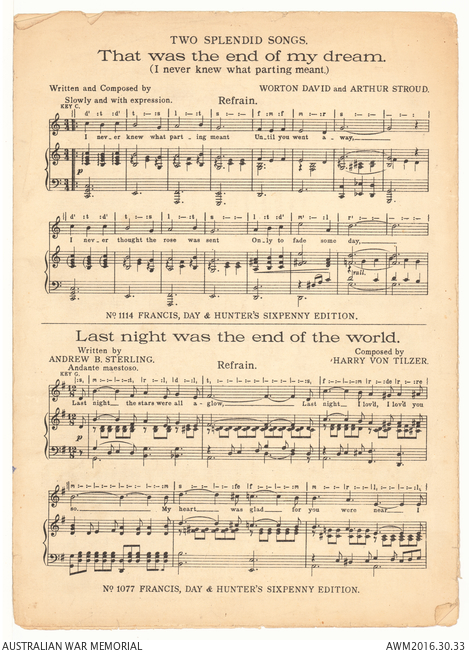 Sheet music for the song titled, 'I didn’t want to do it, but I did', written and composed by Worton David and Bert Lee. The lyrics of the song describe a romantic encounter between two characters, a male protagonist and a maid named ‘Miss Brown’.

This copy of the sheet music originally belonged to Private Ernest Alfred Nicholls and features his name at the top of the front cover. It is part of a collection of sheet music that was donated to the Memorial in 1971, and is symbolic of the concerts, theatre and other musical performances that Australian soldiers took in whilst on leave in London during the First World War.

Bert Lee was an English songwriter who contributed many music hall hits. He collaborated with Robert Patrick Weston in the art of songwriting between 1915 until 1935 after meeting at the offices of Francis Day & Hunter. Robert Harris Weston, the son of Robert Patrick Weston, subsequently collaborated with the duo in the production of 'Harmonica Dan' in 1936. The Weston and Lee duo also went on to work with Stanley Holloway and Gracie Fields. One of their earliest songs was 'Paddy McGinty's Goat', while later works included several popular wartime songs such as the tongue twister 'Sister Susie's Sewing Shirts for Soldiers', the tribute to farewells 'Good-Bye-Ee' and the original song 'Hush here comes the dream man', that was later reworked by soldiers into the parody 'Hush here comes a whizzbang'.

The song titled 'I didn't want to do it, but I did' garnered several mentions in Australian newspapers during the First World War. The song is believed to have been heard by Australian soldiers at shows in London while on leave, and during concerts such as those given by the Perham Stars and The Aussies at Perham Downs.

This song appears to have been more popular in Australia following the First World War. It featured in a performance by Walter George's performing group, The Sunshine Players, at the Theatre Royal in Perth on 4 April 1924. On this occasion the song was performed by Tubby Stevens and the Tally-Ho Trio.

The song also made headlines in 1925 when it was found on the road after a car brought down the balcony of the Terminus Hotel in Singleton, New South Wales. The occupants of the car alighted just before the entire balcony came down. A copy of the sheet music was discovered afterwards and was reported as originating from the car itself. The title of the song was somewhat aptly used as the headline of an article about the incident that appeared in The Singleton Argus on 7 March 1925.