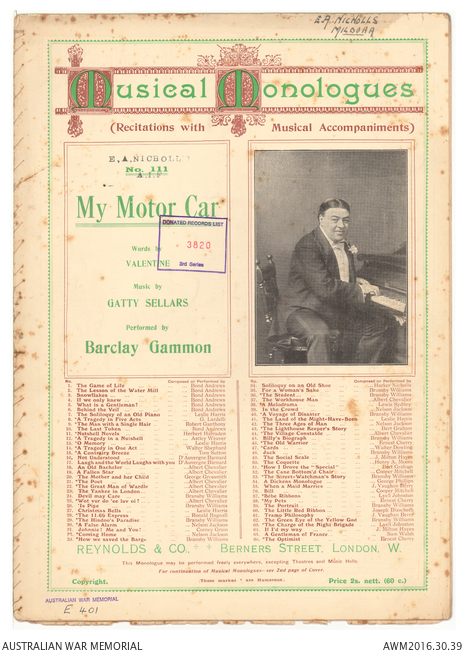 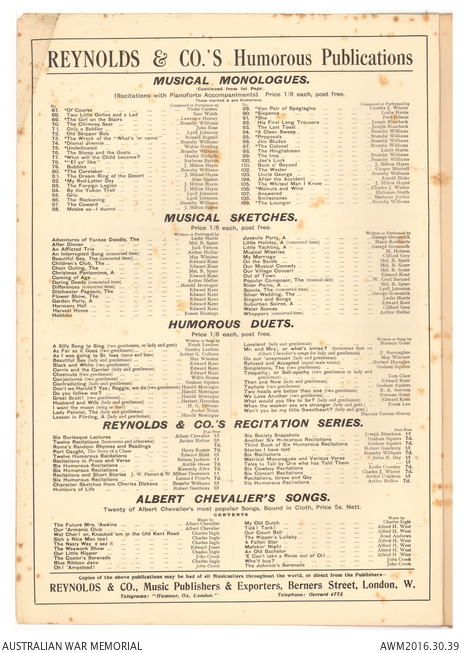 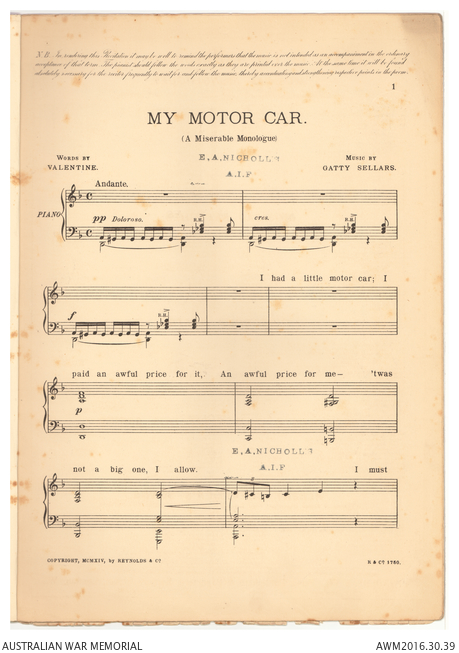 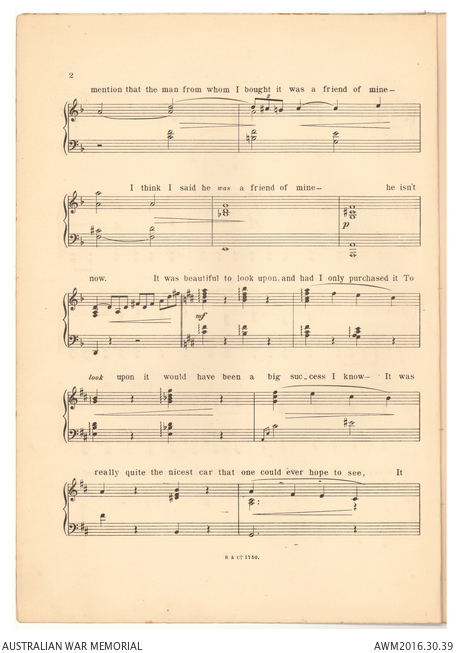 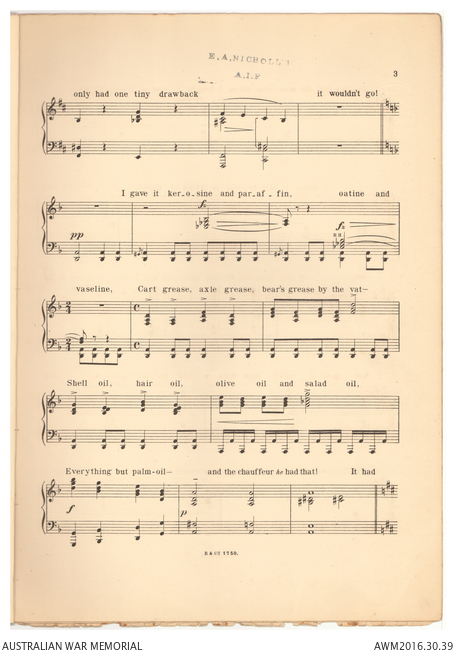 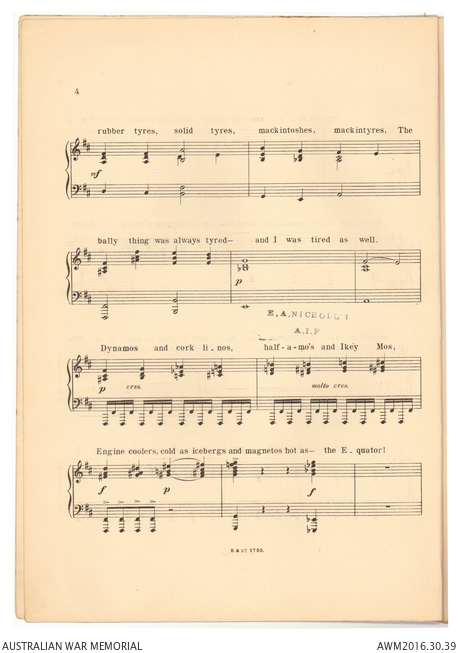 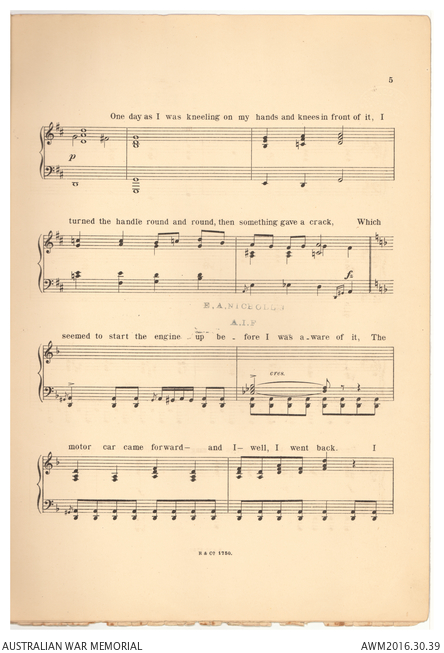 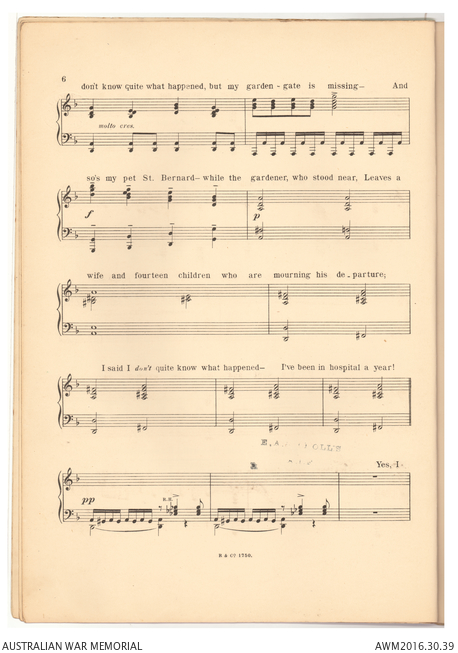 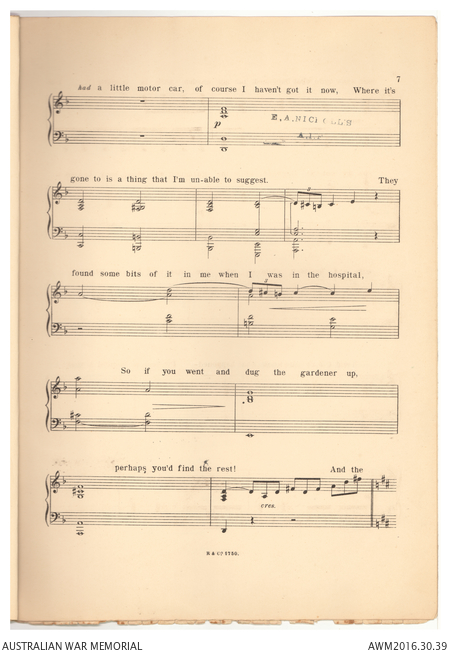 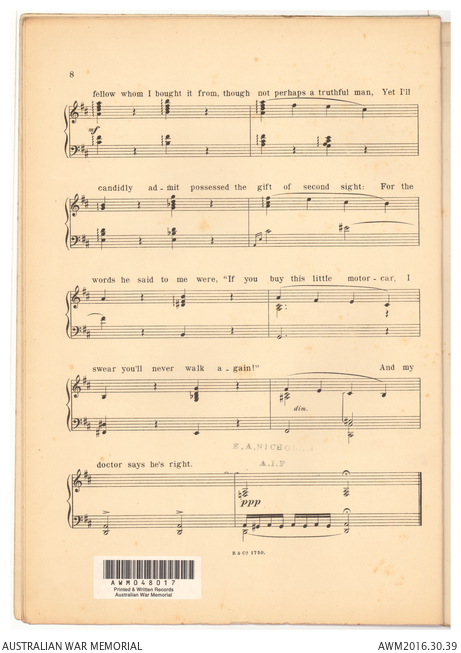 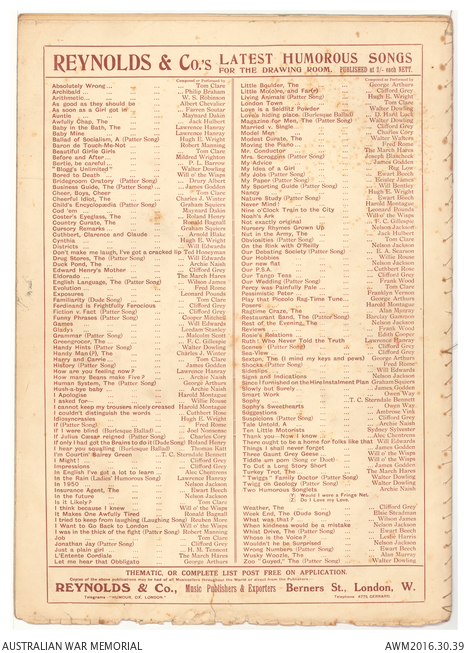 'My Motor Car – A Miserable Monologue' was composed by Gatty Sellars, with words by Valentine. This copy was published by Reynolds & Co, Berners Street, London in 1914. It is listed as part of the publishers’ Humorous Songs collection. The lyrics describe buying a car that was found to be defective, only after it was bought. The singer describes the various measures taken to try and get the car running, and the eventual accident it causes.
This copy of the music originally belonged to Private Ernest Alfred Nicholls and features his name at the top of the front cover. It is part of a collection of sheet music that was donated to the Memorial in 1971, and is symbolic of the concerts, theatre and other musical performances that Australian soldiers took in whilst on leave in London during the First World War.