The Gardener's Story: or, the worm that turned 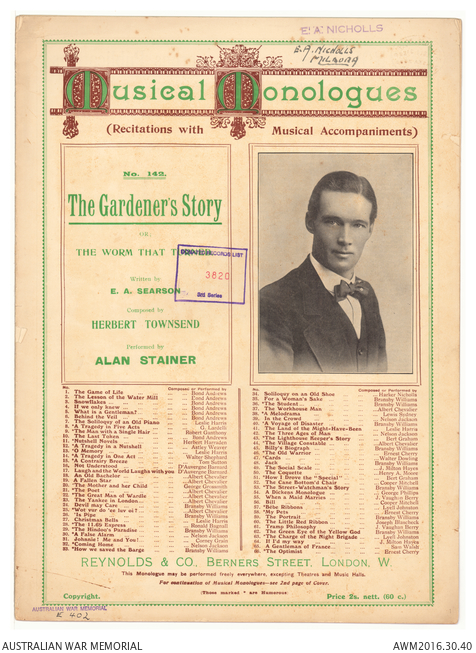 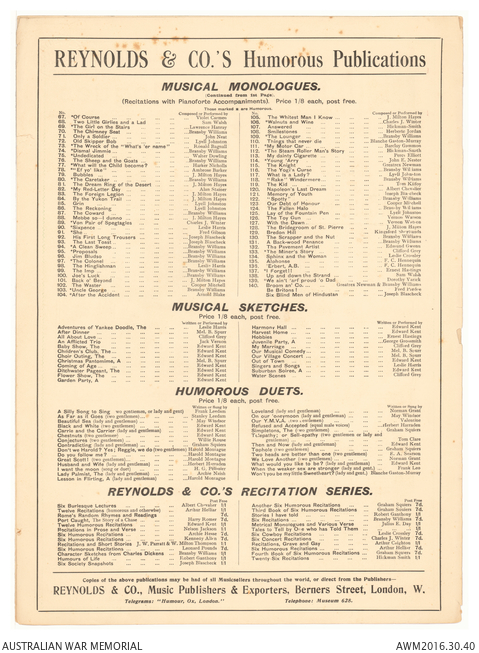 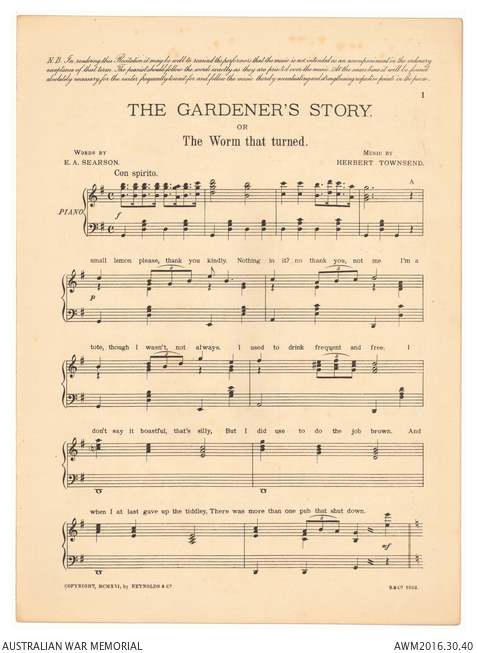 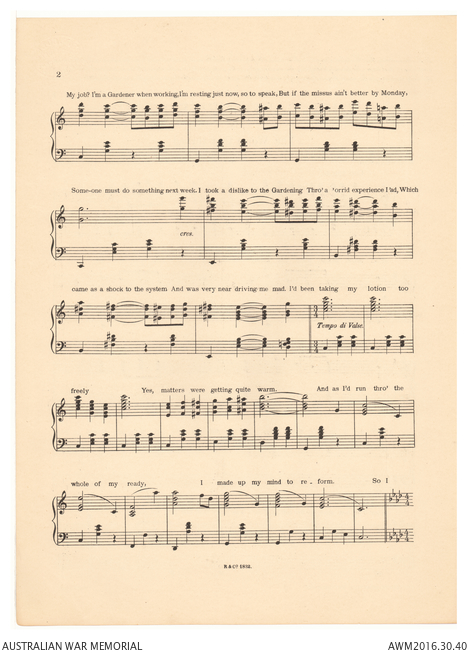 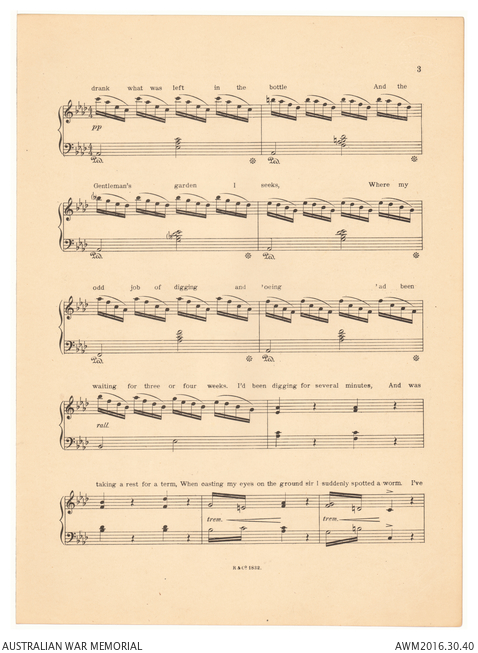 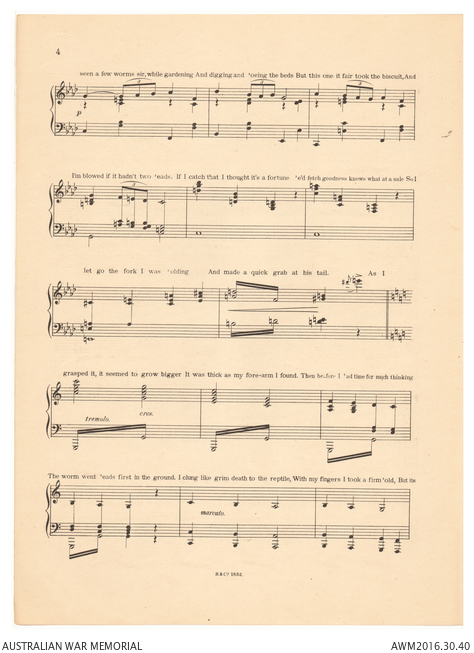 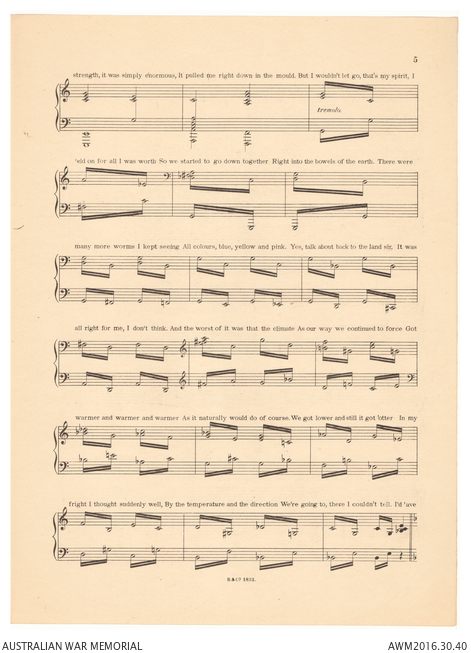 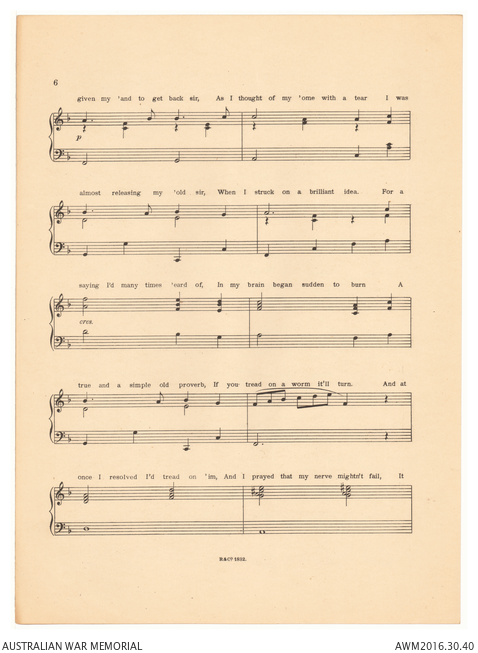 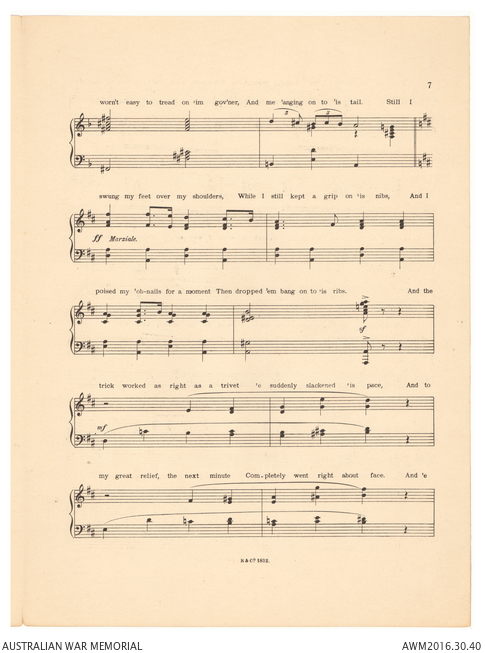 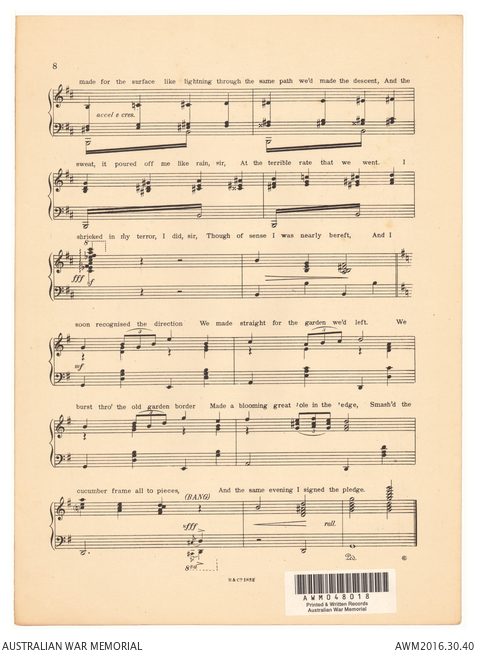 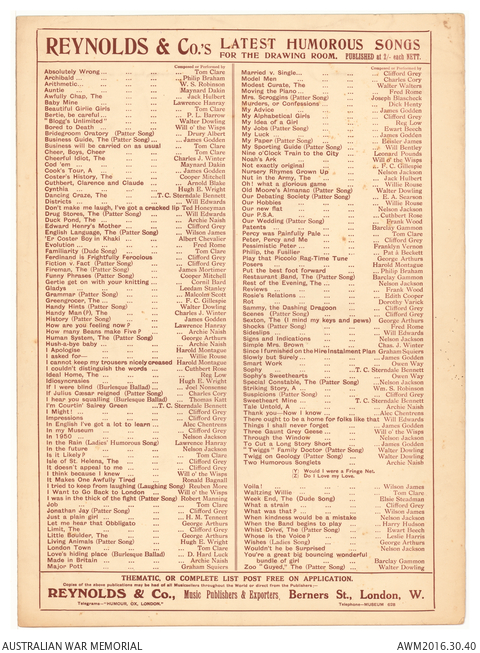 'The Gardener’s Story, or, The Worm that Turned' was composed by Herbert Townsend and written by E. A. Searson. This copy was published by Reynolds & Co. in 1916, and performed by Alan Stainer. The lyrics of 'The Gardner’s Story' are written in the voice of a character known as ‘the gardener.’ The Gardener tells the audience a tale of finding a magical worm and chasing it down a wormhole. The story concludes with the Gardener pledging to abstain from alcohol.
This copy of the music originally belonged to Private Ernest Alfred Nicholls and features his name at the top of the front cover. It is part of a collection of sheet music that was donated to the Memorial in 1971, and is symbolic of the concerts, theatre and other musical performances that Australian soldiers took in whilst on leave in London during the First World War.