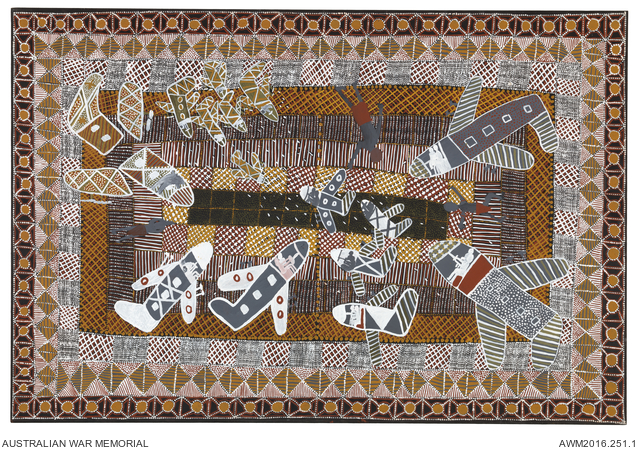 Susan Wanji Wanji lives and works on Melville Island which is the largest of the two Tiwi Islands. The experience of the planes and the bombings on the island came as a shock to many Tiwi Islanders and it is an event which still has resonance today through traditional songs and stories. This initial experience is represented in the painting. In a description of the works supplied by Munupi Arts, Susan Wanji Wanji explains that: