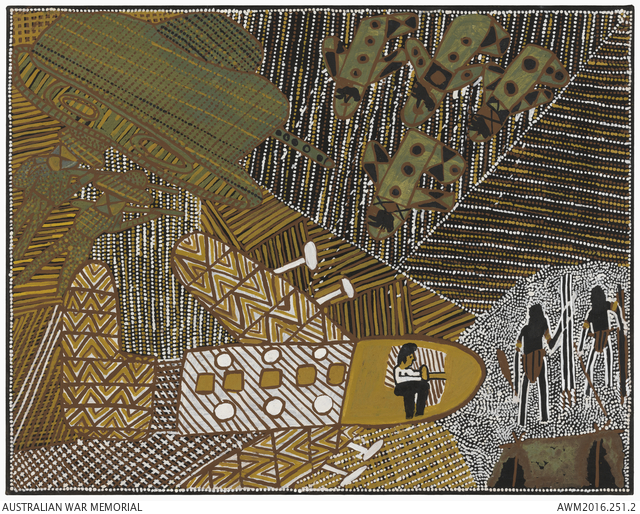 The presence of planes and the bombing of Darwin came as a shock to many Tiwi Islanders and it is an event which still has resonance today through traditional songs and dance. Originally from Maningrida in Arnhem Land artist Susan Wanji Wanji lives and works on Melville Island which is the largest of the two Tiwi Islands located 80kms north of Darwin. She remembers her father talking about his wartime experiences and seeing planes- not only in Tiwi but also in Groote and Croker islands and Arnhem Land.

In the bottom right several Tiwi Warriors are depicted in their bush camp on Tiwi watching the planes fly towards Darwin. On 19th February 1942 aircraft had been spotted over Melville Island and 6 Japanese planes machine gunned the mission. A warning was radioed ahead to the mainland but it was too late and soon after Darwin was bombed.